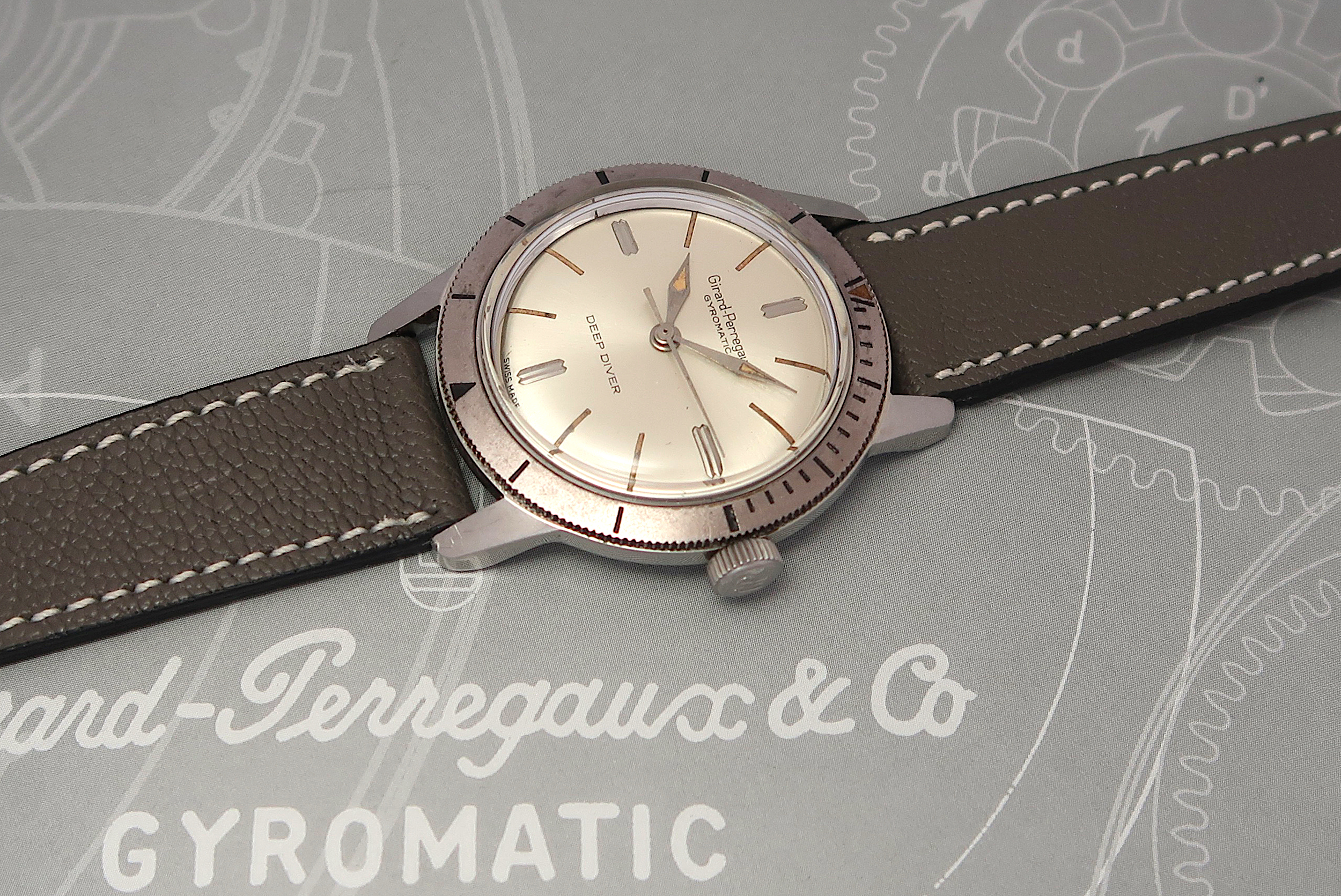 After a very busy time the last few weeks, now finding time to write some new posts and let’s start with a vintage review of one of my second generation Deep Divers, Ref. 7897. The second generation followed in 196-T.W.O after the 100 Fathoms Deep Diver from 1957. Interestingly, the 7897 is somewhat smaller than its predecessor even though both measure in at 35mm.

However, the 2nd generation now has a rotating bezel and that makes for a smaller dial and a much smaller look on the wrist. Nevertheless, overall, the Deep Diver has gained with interesting lines. Depth rating remained at 100 fathoms, so around 180 meters. Considering that it has just a push in crown and snap-on case back, I would never put that to the test.

In this review I’m focusing on the silver dial. I do have the black dial in my collection as well. I will save that for another time. The silver dial actually speaks more to me even though the black may be cooler and more common for a Diver. I really like those hands, they are just beautiful and quite unique. Cannot think of having seen similar elsewhere. Otherwise, the dial is very clean and symmetrical. Applied silver indexes at 3,6,9,12 and thin lines of lume on the indexes between.

Even more interesting is the profile. It almost has a flying saucer look. The rotating bezel is very thin and in silver which makes it look like a part of the case and the plexi is very domed. Angled lugs, 18mm apart, complete the look. Really love that angle.

Inside you will find the Gyromatic caliber 31, no date version. Unlike the predecessor which had Caliber 19 with small seconds, GP went for a more common central seconds starting with the 2nd Generation. As mentioned, the case back is snap-on.

And finally on the wrist, such a cool little vintage diver not easily recognised a Diver watch with its silver dial and smallish case. I quite like wearing my vintage divers most of which in 39-40mm case size, but when going back to the 7897, I realise, that this size is very charming.