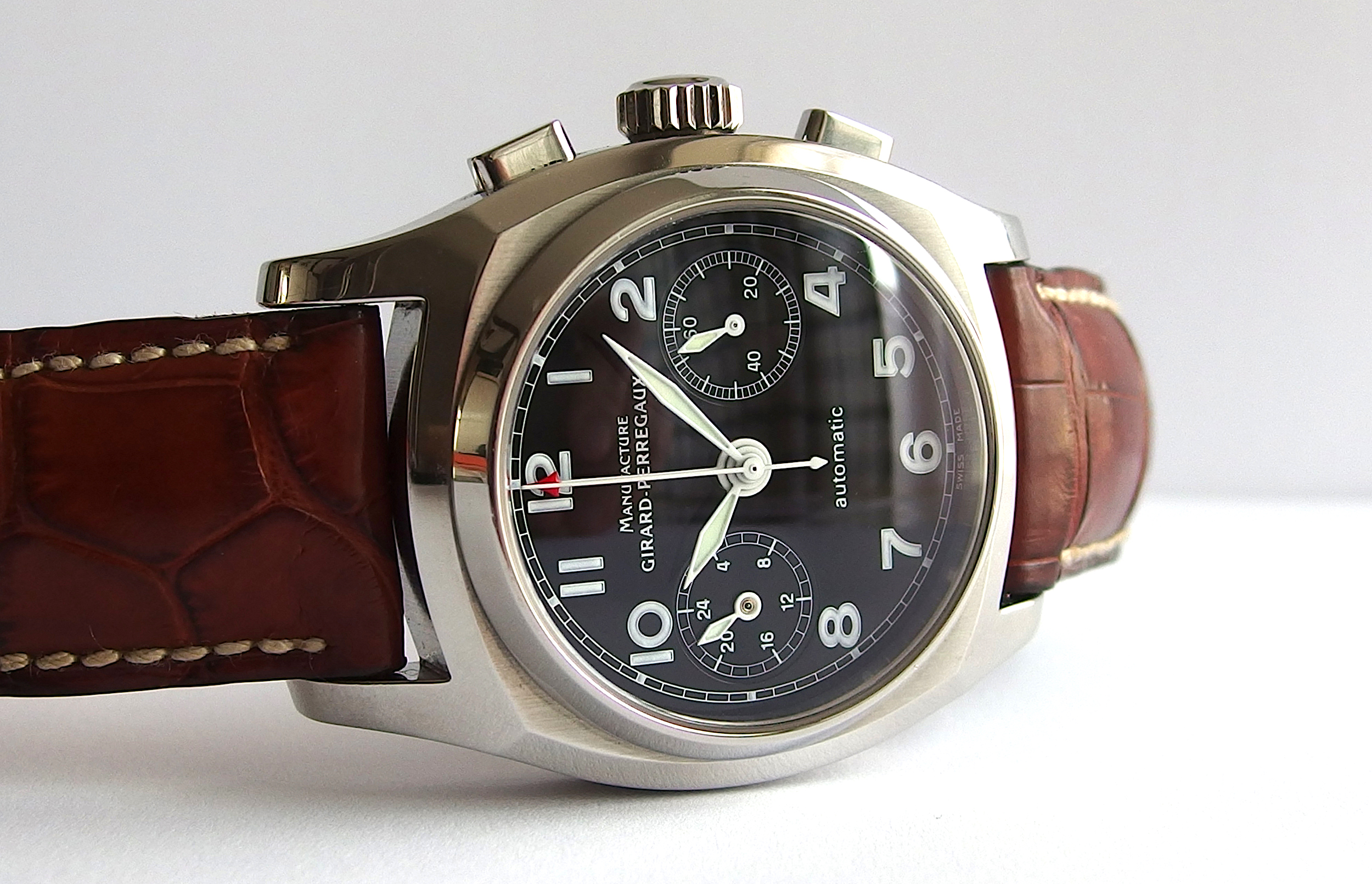 Another hidden gem from around the Millennium change is the Vintage 1970 Chronograph, 2598.  As I had previously reported on the “Vintage” series that started in 1994, those watches were inspired from vintage museum pieces. However, I have yet to find a cushion-shaped vintage Chronograph from the 1970s that could have been the inspiration.

To make things even more complicated, the Reference 2598, also comes with engraving of “Vintage 1960” on the case back. Now clearly this case shape was not from the 1960s and it goes that it was initially namely wrongly and then later corrected to “Vintage 1970”. A few years later Ref 2598 evolved to 2498 and 2499 (Ref numbers are not strictly chronological) and with these models dropping the “Vintage 1970” altogether and rather going by the name Cambre Carre, i.e. cushion-shaped case.

Coming back to the 2598, we have a 38mm case diameter that due to its cushion-shape wears bigger. Most present is the polished and quite thick bezel, which is also functionally needed due to the number of 4 centrally stacked hands. At a first look, it seems like a classic T.W.O register chronograph, but that is misleading. One subdial is showing the running seconds on the right but the left subdial has no chronograph function, instead provides a 24 hour display, a feature that seems without much use on a watch without a date, but I quite like that little quirk.

The Chronograph can only measure seconds and 60 minutes and is provided through two central hands. I admit I have a soft spot for those central chronograph minute hands. Together with the time hour and minute hands, we have a total of 4 hands stacked up centrally, hence you do need some space between the dial and the glass. The later 2498 Cambre Carre have dropped all that in favour of a more standard Chronograph set-up.

Reference 2598 had been available in quite a few variations. Steel case with black and cream dials. The cream dial comes with golden numerals and hands, while the black is more sporty with white and luminous numerals and hands. There has also been a quite rare blue dial version, but I much prefer the black on this watch. Furthermore, we had solid gold versions, mostly yellow and pink gold, not sure if there ever was a white gold as well. And there was also an optional bracelet for even more sportiness.

Reference 2598, the Vintage 1970 Chronograph is another great entry into semi-vintage Girard-Perregaux watches. They are not a lot around, but also not too difficult to find. In my book a clear winner even it may lack an in-house movement. In the end, you see the watch and not the movement when you wear this great Sports GP Chronograph.