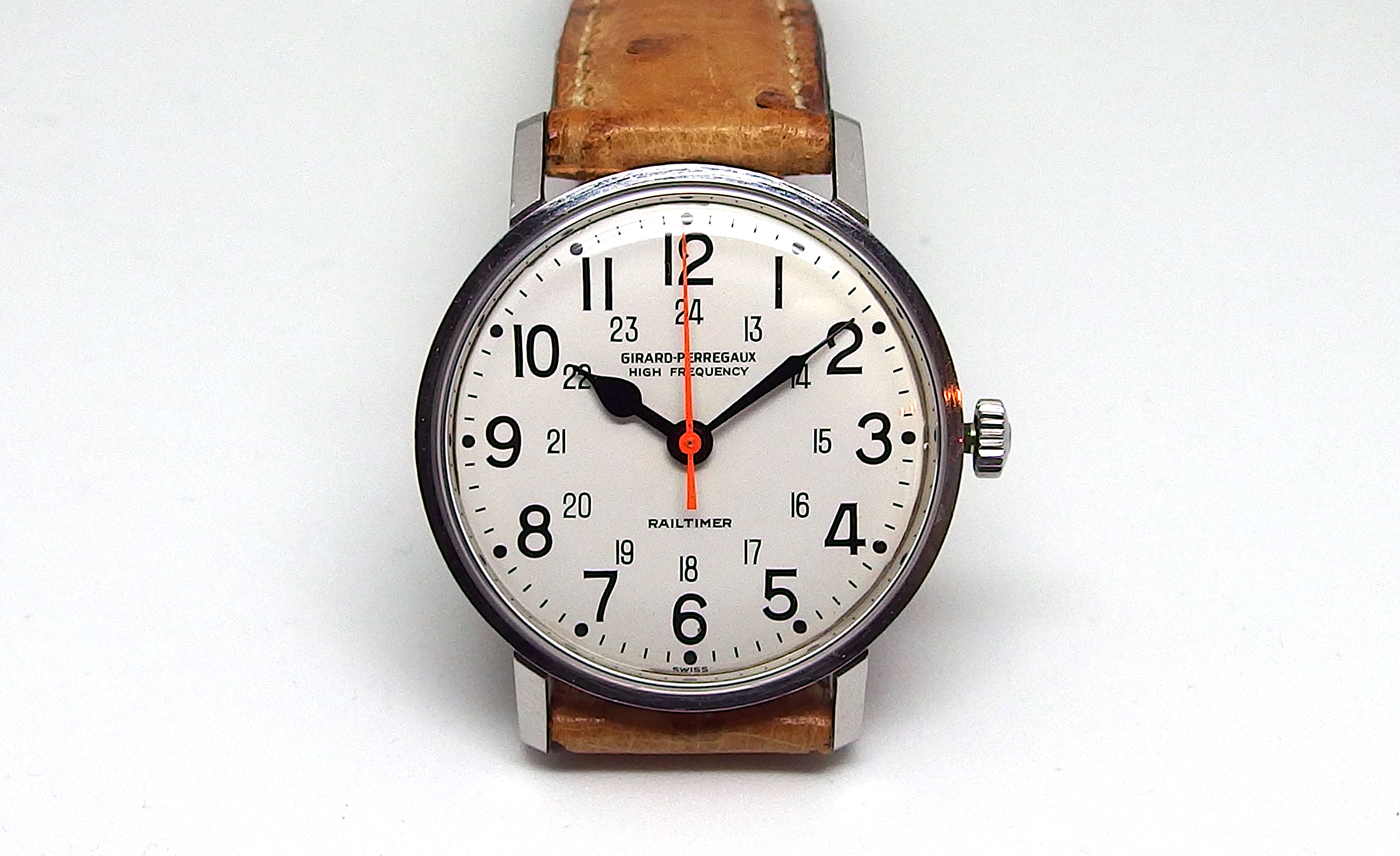 In Part III of our little Fun Fact series, we go vintage. Not only modern GPs have some avant garde features but also with vintage you can find some interesting little facts. In the mid 60s, Chronometers were still rare and precious. Only when Girard-Perregaux changed the game with Caliber 32A and its automatic High Frequency movement, Chronometer certification almost became a commodity. Before Caliber 32A, there was the manual wind caliber 30.7, a high-frequency movement with 36,000 vph.

Few of them have been certified as Chronometers and finding a manual wind HF Chronometer from GP is quite difficult today. The same caliber was also deployed in Chronometer-certified Railtimers supplied to the Canadian Railway. However, only those Railtimer watches had an extra feature. They were equipped as the first GP with a hack-second or stop-seconds feature for accurate setting. So a real Railtimer GP with Caliber 30.7 you can easily recognise with the stop-seconds feature.