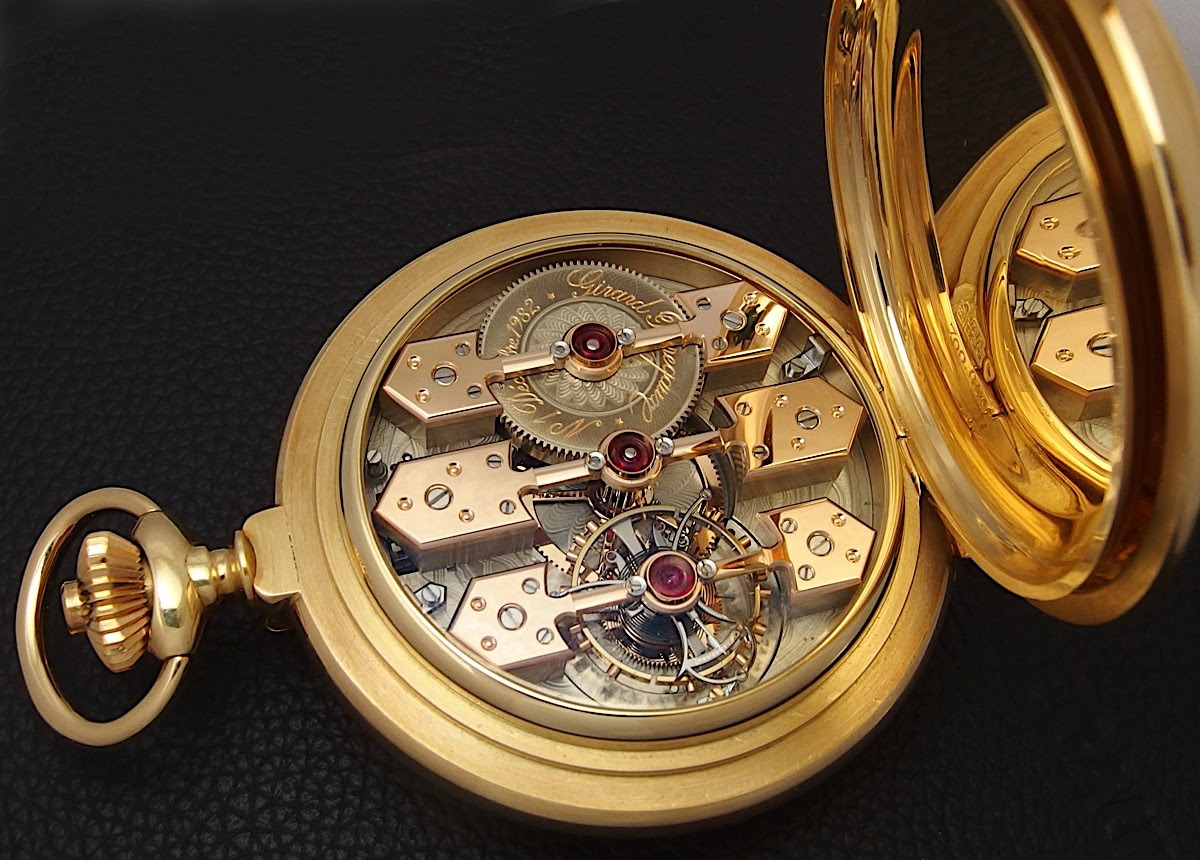 The Tourbillon complication is a much acclaimed horological mastery till today, although everyone would agree that the technical purpose of a Tourbillon to balance the impact of gravitation can be neglected in modern wristwatches. As such the Tourbillon remains more of an aesthetic sophistication that is pleasing to the eye of the observer.

In the pocket watch days, this was a bit different. A gentlemen’s attire would not be complete without a vest that has a front pocket for the “pocket” watch to rest in an upright position for most of the day. The idea of rotating the balance wheel with a rotating cage would equal out the impact of gravitation on the mechanism. However, the effect is most likely even in pocket watches negligible, so the element of a visually pleasing complication in my view has always been behind the Tourbillon.

Coming up with a simple and symmetric design of 3 bridges that hold the main elements of a watch, the Balance Wheel in its Tourbillon cage, the gear train and the main barrel was a stroke of genius from Constant Girard and in 1889, the three-golden-bridge pocket watch named La Esmeralda won a gold metal at the Paris exhibition. The main charm of the design is on the one hand its simplicity and on the other hand the high sophistication and finish of the signature three golden bridges. So even in those days, I believe the aesthetics and finishing was a key factor of the fascination with these Tourbillons.

After the dark years of the Quartz crisis in the late 70s and 80s, Girard-Perregaux looked back at its horological past and in 1982 a new pocket watch with three golden bridges was manufactured to see if there is a possibility to bring this fascinating design into a modern serial production wrist watch. Unfortunately, the reality was a bit different as the making and finishing of the bridges and the entire mechanism took something like a thousand hours of hand finishing, something impossible to put into a serial production or even pay for it with a realistic price. As such, the first three-golden bridge wrist watch had to significantly reduce the complexity of the shape of the bridges. With modern technology, today Girard-Perregaux can produce a Tourbillon La Esmeralda wrist watch that has the same complex shape of the bridges as in the original pocket watch.