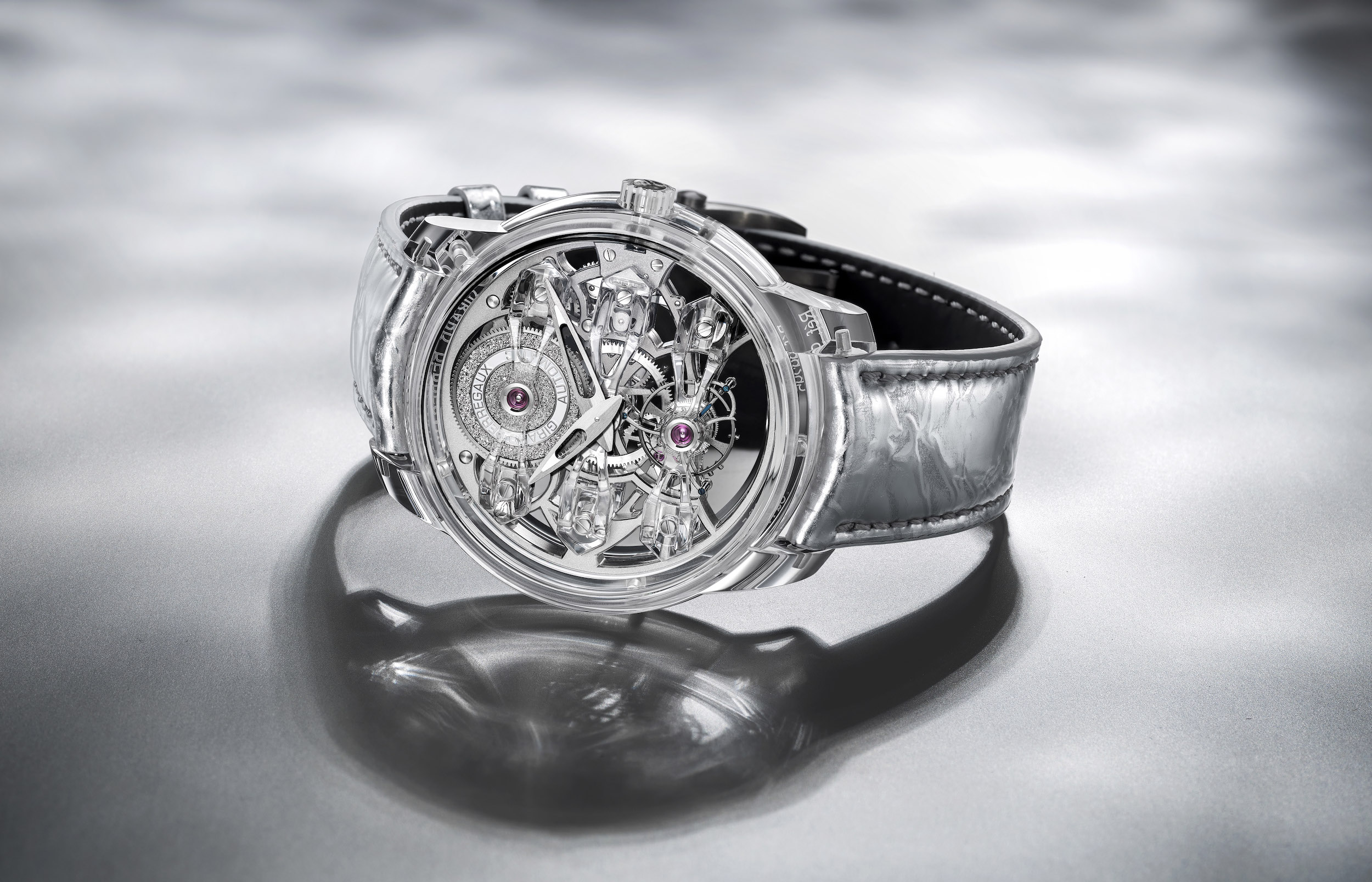 A few days ago, Girard-Perregaux officially released a new, slightly modified version of the Quasar. The Quasar is a Neo-Tourbillon skeleton in an all sapphire case that was shown first to a select audience at SIHH 2019 and later in 2019 officially released. The Quasar Light continues on that path adding even more transparency.

Instead of black-coated titanium bridges, the bridges and other watch parts have been made of transparent sapphire. While this adds transparency, it also takes away some contrast. It will has to be seen in real to judge how this will actually look on the wrist.

The new Quasar Light is a limited edition of only 18 pieces and comes with a whopping price tag of just below 300k US Dollar, which displays significant confidence.

All photos of the Quasar Light from Girard-Perregaux.