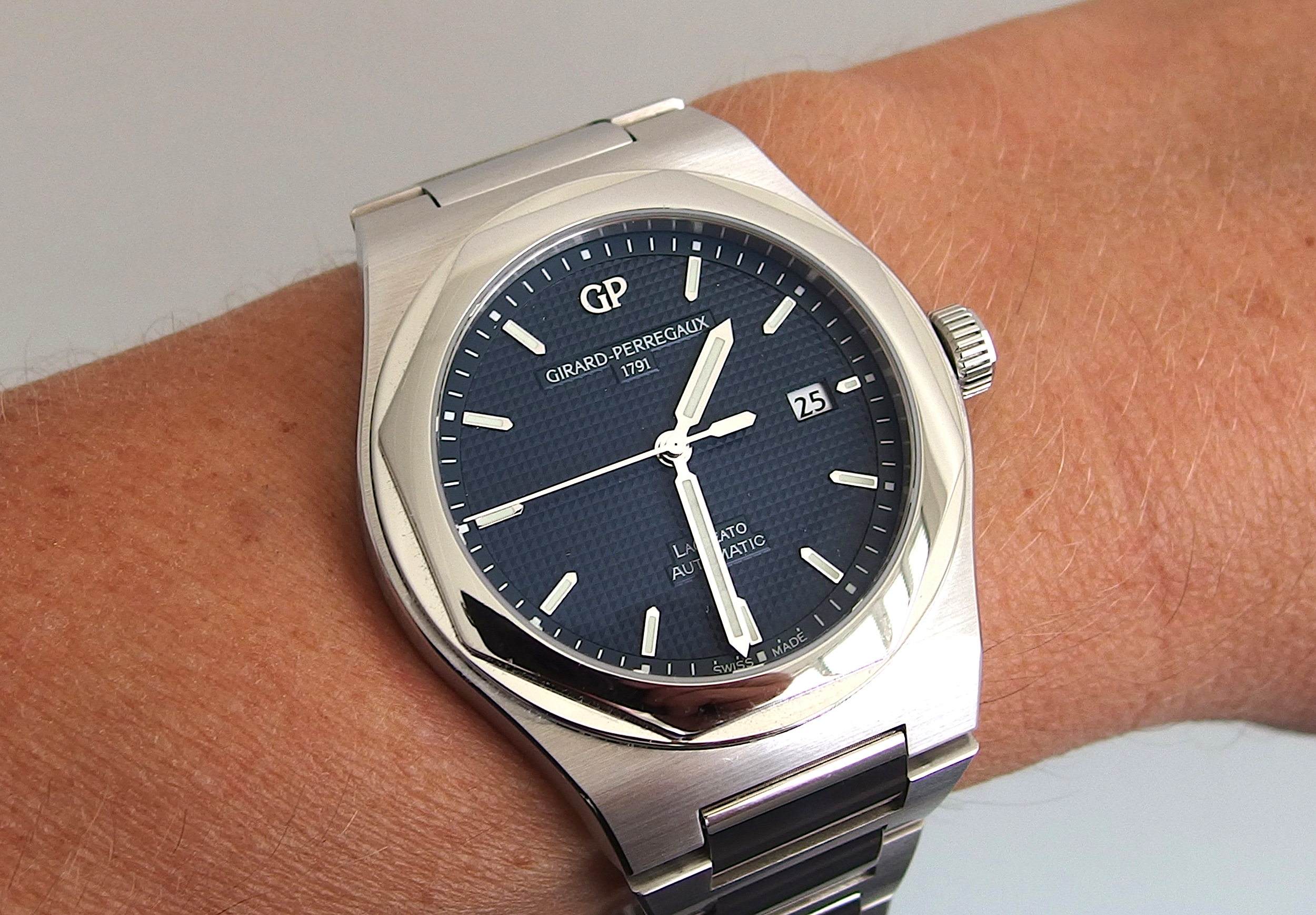 The Laureato today is such an important collection within Girard-Perregaux and seeing more and more models being released, it is worthwhile looking back to 2016 when the modern, 5th generation of the Laureato was released as a limited edition of 225 pieces each with blue or white dial, the Laureato 81000.

The 5th generation took a clear break from the 4th generation, the so-called Laureato Evo3 and instead orientated its design much closer to the 3rd generation from the mid 1990s. Time-only with date and Clous-de-Paris dial pattern along with a polished bezel and only available with integrated bracelet, much like the Laureato 8010.

The re-edition if you want to call it like that grew the diameter to 41mm versus 36mm and has been modernised here and there with stronger hands, flatter bracelet links and a see-through case-back. Inside though it still has essentially the same caliber, which was Cal. 3100 in the Laureato from the mid-90s and now Cal. 03300 as it has slightly evolved over the years.

The white is quite nice, but the blue is really the one that won my heart. I also very much like the polished bezel unlike the brushed finish of the current, non-limited Laureato. The date window is in white and blends in less well than a blue one but not an issue for me.

Nice attention to detail if you look at the first bracelet link which is permanently attached and tapers between the lugs and the rest of the bracelet. It is not possible to attach a strap to the Laureato 81000 but I believe the Laureato is anyways a bracelet watch.

I think the special appeal of the Reference 81000 is in particular that it was the model that brought back the Laureato as a stronghold in the collection, that it is a limited edition and finally that it is so close to the iconic Laureato 8010. Something very collectable.