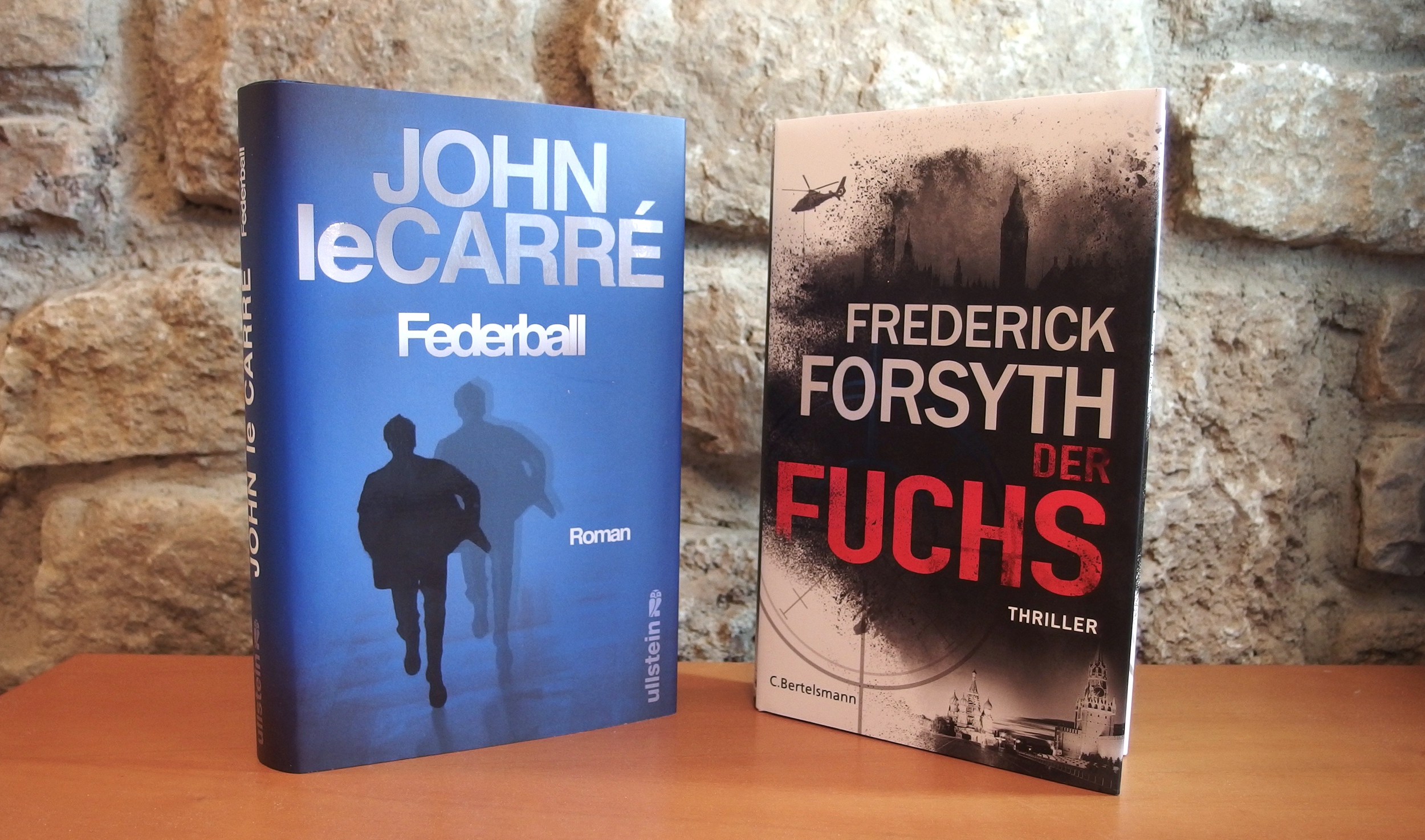 The secret worlds of MI5, MI6 and all the associated agencies has been fascinating Fiction Novel readers for decades. Ian Fleming’s Bond figure is surely the most well known across the globe. I have read a vast number of John le Carré’s novels and I truly admire his work. So I surely had to read his latest novel “Agent Running in the Field”. Around the same time another not unknown author, Frederick Forsyth releases his latest Spy Novel “The Fox”. Having now read both novels in their German translation, let me share my honest opinion.

John le Carré’s protagonist called Nat and is a medium successful MI6 agent passed his prime years. As usual, le Carré spends a great effort to bring us close his figures with their personal conflicts, doubts and convictions. He touches of course on current affairs such as Brexit and Trump, but never mixes his fictitious story with reality. They always remain plausible yet exciting to follow.

le Carré goes deep into moral questions without being a moralist or lecturer of his readers. The Agent Running in the Field is probably not his best work but is still a good book I enjoyed reading. On the other hand…

I will be right out blunt. “The Fox” is probably the most utter nonsense of Spy Fiction that I have ever come across, full of clichés and prejudice. The key issue is that Forsyth mixes fiction with real historic events and figures. Furthermore, he takes on a lecturing tone like his reader is a dumb 9 year old. His view of the world is black and white:

His main protagonist Sir Adrian Weston, a retired spy with highest contacts that just walks into the Oval Office to make a “deal” with Trump. Such a plausible plot. The mixing of fiction with facts and one-sided arguments is key flaw of this book.

Oh did I mention that Forsyth’s Super-Bond single-handedly within a few weeks put Russia, then Iran and finally North Korea on to their knees, humiliated with laughable ease? All this is possible with the use of a teenage computer nerd and hacker, but here Forsyth also goes on very thin ice when he writes about Firewalls and Air Gap Servers, clearly not knowing how they work. Overall, any fantasy novel of elves and unicorns is more credible and logical.

Unlike le Carré whose novels always have an unexpected twist and often tragic ending, “The Fox” is outright predictable and with a grande finale that for which even Forsyth had no believe left and finished that off on a couple of pages.