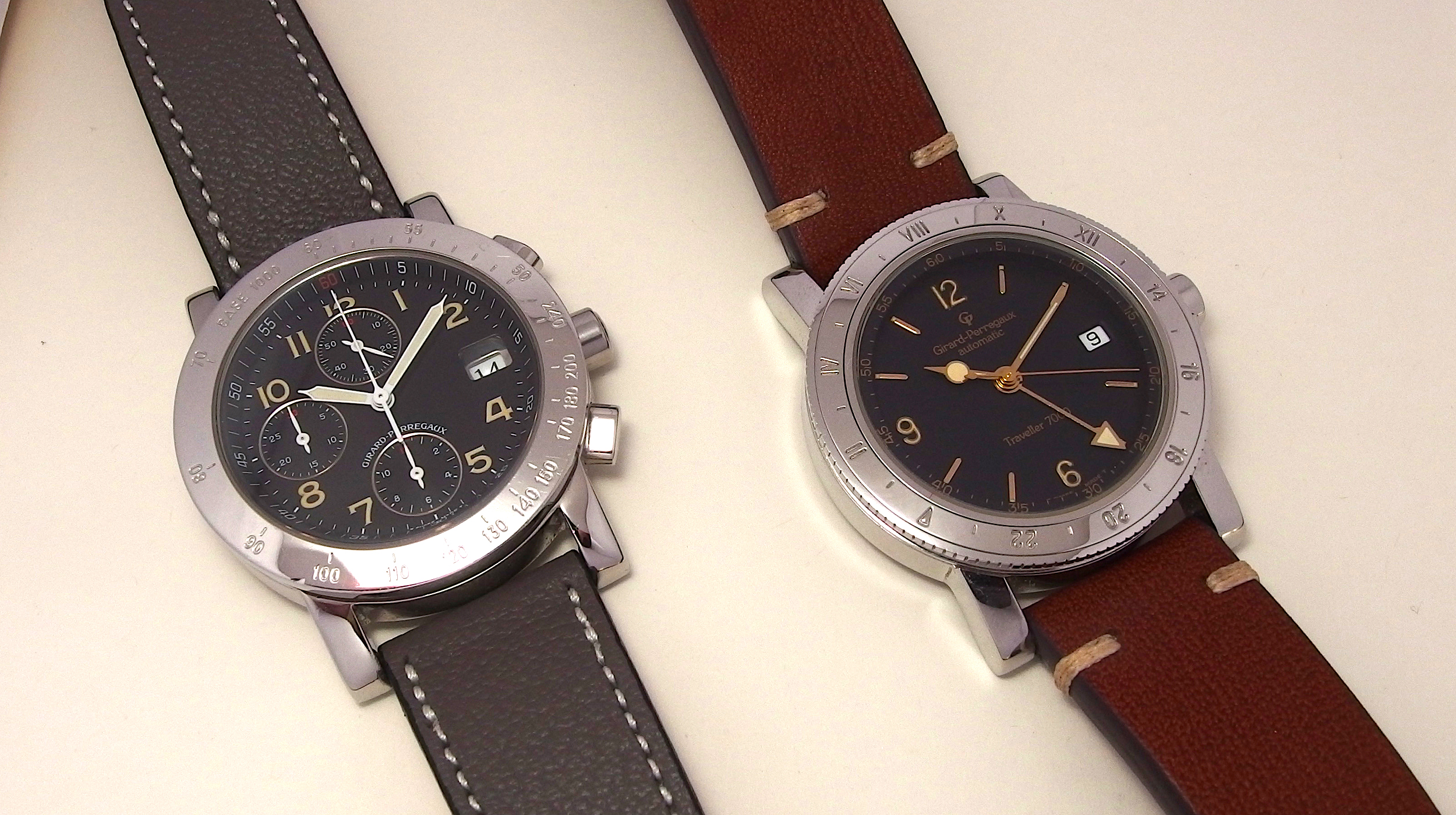 Yesterday in T.W.O Shot week at the GP Chronicles we went back to the funky 70s and today we go into the dark age of the 1980s, although almost at the end of the 80s and early 90s. It was the time when GP left the quartz years behind them and slowly started with mechanical watches again. The 7000 series proved to be a turning point providing the needed financial success to resurrect the brand and open the opportunity to become a luxury maison of fine Swiss watchmaking again.

Therefore, the 7000 series is one of the most important collections within GP history and even more of a reason to show you here two examples. The Chronograph 7000 and the Traveller GMT 7200. In between, we also had the very successful Sea Hawk 7100, but as we are in T.W.O Shot week, we had to keep one out.

While GP went back to mechanical movements, in these days it still relied on ETA provided ébauches for the 7000 series. The Traveller GMT is probably the more interesting watch, while the 7000 Chronograph was the most successful and remained in the collection beyond the mid 90s. Stacked up, you can see some details, like the crown guards on the Traveller and the triangular shaped Chronograph pusher.