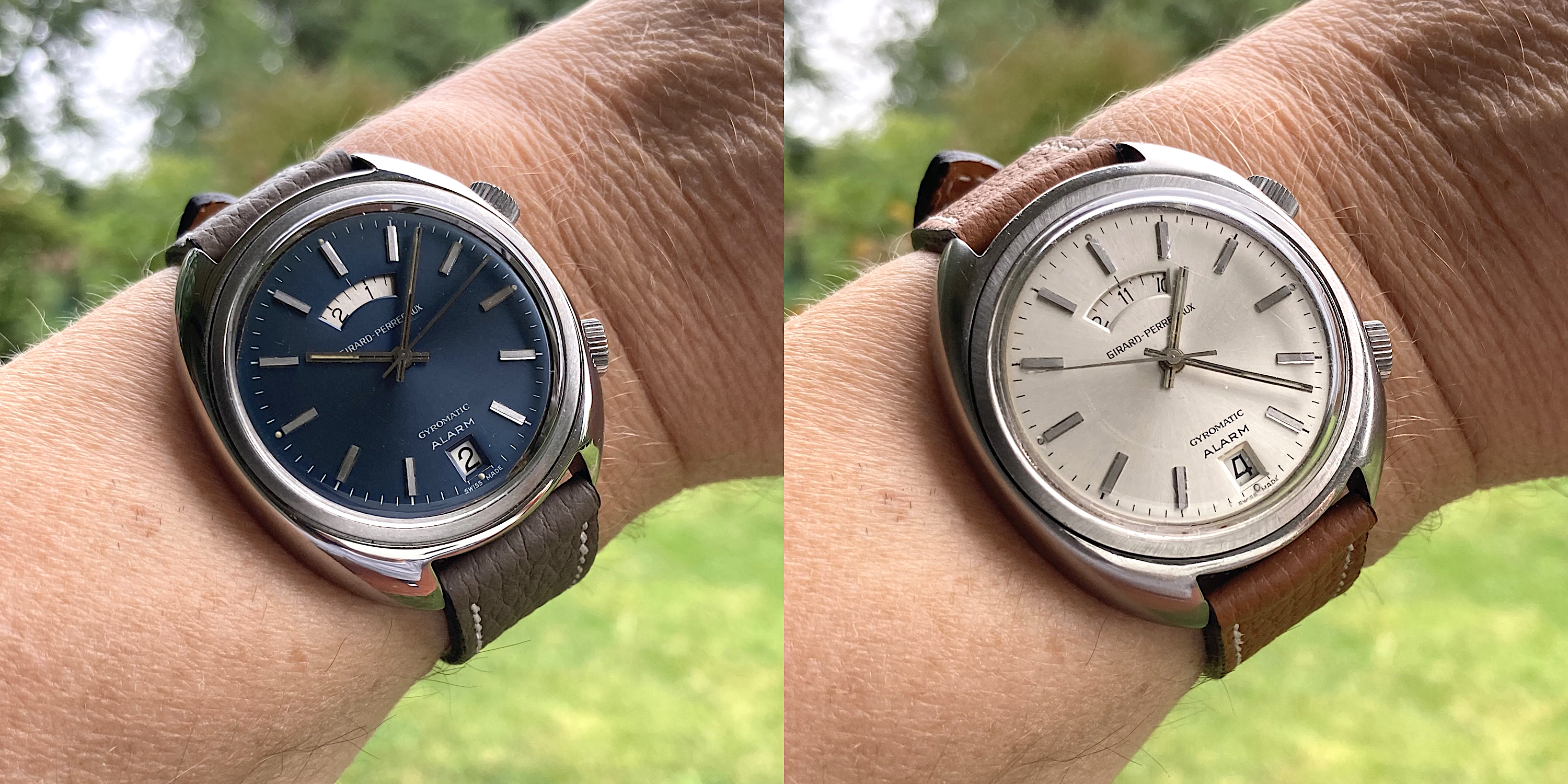 We seem to have a lot of focus on alarm watches lately here and with me getting deeper and deeper into JLC Memovox’es this is not too surprising. However, let’s not forget that GP also has some great alarm watches and with Reference 9443 we can combine GP and JLC into one reference. How is that possible?

That really comes from a cooperation between GP and JLC in the 70s. In the early 70s GP pioneered the modern Quartz movement and no Swiss watch house was able to ignore that trend at that time. Even Patek and Rolex had their steps into Quartz calibers. The GP Caliber 35x was the first practicable and reliable caliber that could also be produced in a sizeable number and at acceptable costs.

So it is not surprising that some manufacturers that did not have an own development looked at GP to take their Quartz Caliber. You can find still today JLC early Quartz watches with GP calibers. In exchange, JLC delivered some mechanical calibers to GP to use in their watches, among them the automatic alarm caliber 916. And that brings us to the GP 9443.

The manual wind GP alarm watches had all been based on a A.Schild caliber and have been typically quite small. Ref. 9443 with the GP adapted Cal 916 is now landed in the funky 70s, a larger case and typically strap attachment without traditional lugs. GP kept its alarm setting mechanism of a rotating numerical disc displayed in an arched window rather than the typical disc you find on the JLCs.

Recently I found this silver dial 9443 and was able to make it a pair with my blue dial 9443. In general, the 9443 is quite rare, most commonly seen still with the gold-plated case and a gold/grey dial. The steel 9443 is not often seen whether with silver or blue dial, so having both is kind of cool.