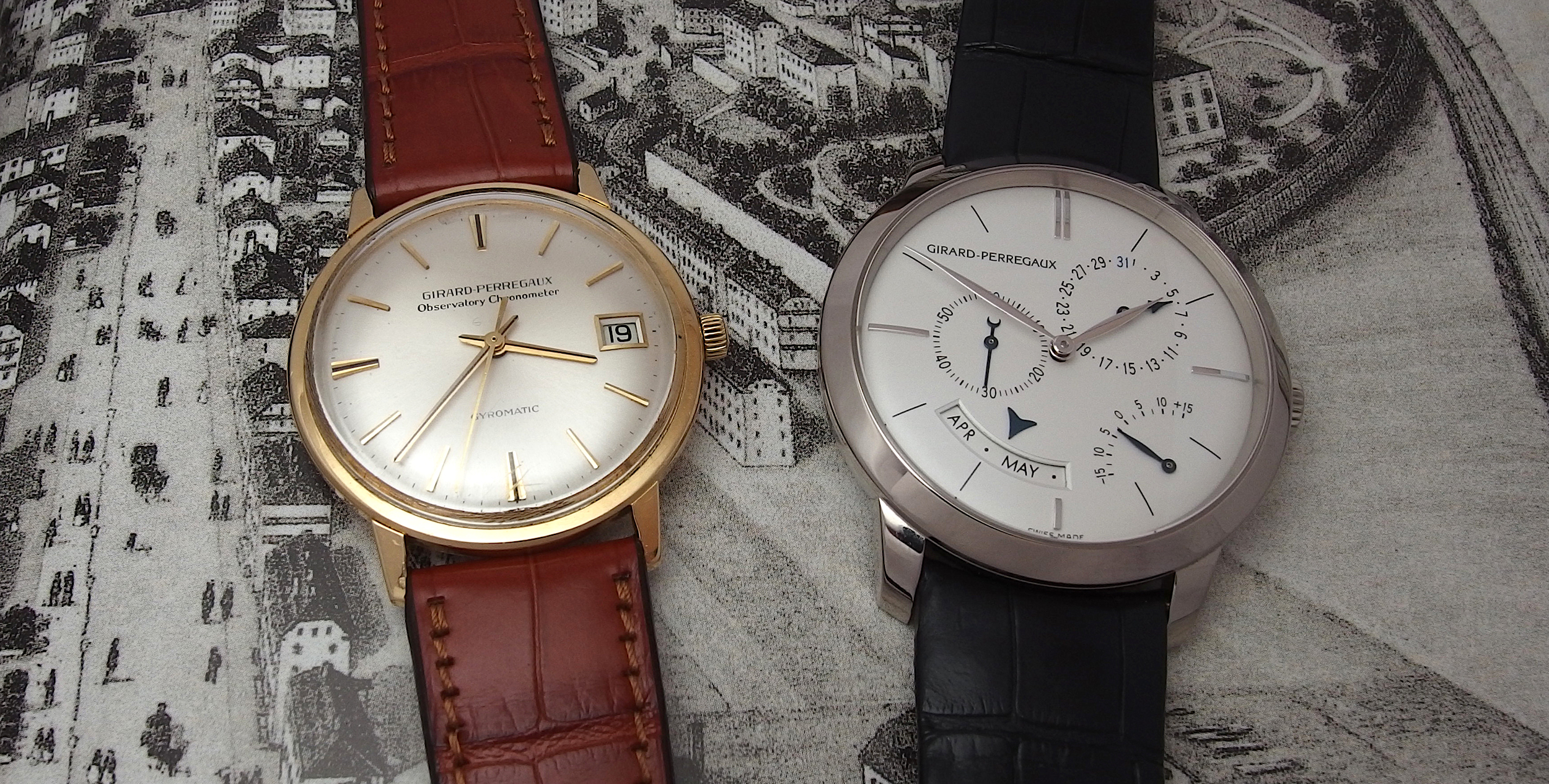 When it comes to a certain model that symbolises a brand, with Girard-Perregaux it is not straight-forward. In recent years, the Laureato has been given a big push. The Vintage 1945 comes to mind with its very characteristic case design, but associating a brand with a rectangular watch can be tricky as round watches still represent the vast majority of the market. The 1966 collection is certainly more mainstream, but maybe also more indifferent?

While the 1966 is a classic round dress watch available over the years with a wide range of complications and sizes, its roots are deep in the history of GP and chronometry. In this background/report I want to explore a bit the historic roots and share my personal highlights of the 1966 collection. If one collection symbolises Girard-Perregaux as a brand, for me it is the 1966 and I will come back to that thought at the end of this post.

In the 1960s Girard-Perregaux produced quality watches in relatively large numbers. While the development of the Gyromatic movement was one of the innovations, overall, GP relied on average calibers from A. Schild that were modified for GP. Many watchmakers today are often complain about the quality of the AS movements and when looking at competitors of the time like an Eterna, Zenith or Enicar, they often had better quality movements.

However, in the mid 60s, GP joined forces with a few other manufacturers such as Favre-Leuba, Zodiac and others to develop a High-Frequency movement, based on an A.Schild caliber and the Gyromatic winding. The outcome was Caliber Girard-Perregaux 32A and in 1966/67, the entire production of 662 calibers 32A was submitted to the Neuchatel Observatory for Chronometer certification. This was a game changer as GP basically submitted its entire production run for Chronometer certification rather than hand-picked movements. And when all 662 high-frequency movements passed the Observatory certification, the Neuchatel Observatory provided GP with a Centennial Award, a once in history event.

The 1966 collection pays tribute to this achievement and since its introduction in 2006 has grown to a signature collection for Girard-Perregaux. Let’s take a look at watches from the 1966 collection that are close to my heart and I consider the best of the best what modern watches from Girard-Perregaux provided to watch enthusiasts. While the modern 1966 mostly came with the standard automatic caliber 033xx, modern calibers have no problem meeting accuracy and reliability, however, what makes the 1966 stand out is the case design and the quality of the dials.

A tribute to the Neuchatel Centenary Award in Palladium

The Full Calendar in precious metal

The Annual Calendar Equation of Time

The Steel with Date and Moon Phase

So now that we have looked at some of my personal highlights from the 1966 collection and it really is only a small collection, let me summarise again why I think the 1966 is the Girard-Perregaux watch of modern times.

The 1966 is classic, timeless design of the highest quality in terms of design and overall finishing, yet, those watches are not “loud”. They represent an inner quality that is visible to the trained eye without effort but does not push itself to the forefront. Much what I see Girard-Perregaux should be. A long history and tradition that roots in inner qualities rather than outside effects.

A 1966 Girard-Perregaux always feels special on the wrist. You know you have something special while others are not in the know. Understatement at its best and that is something I very much like and believe is a great foundation for success.