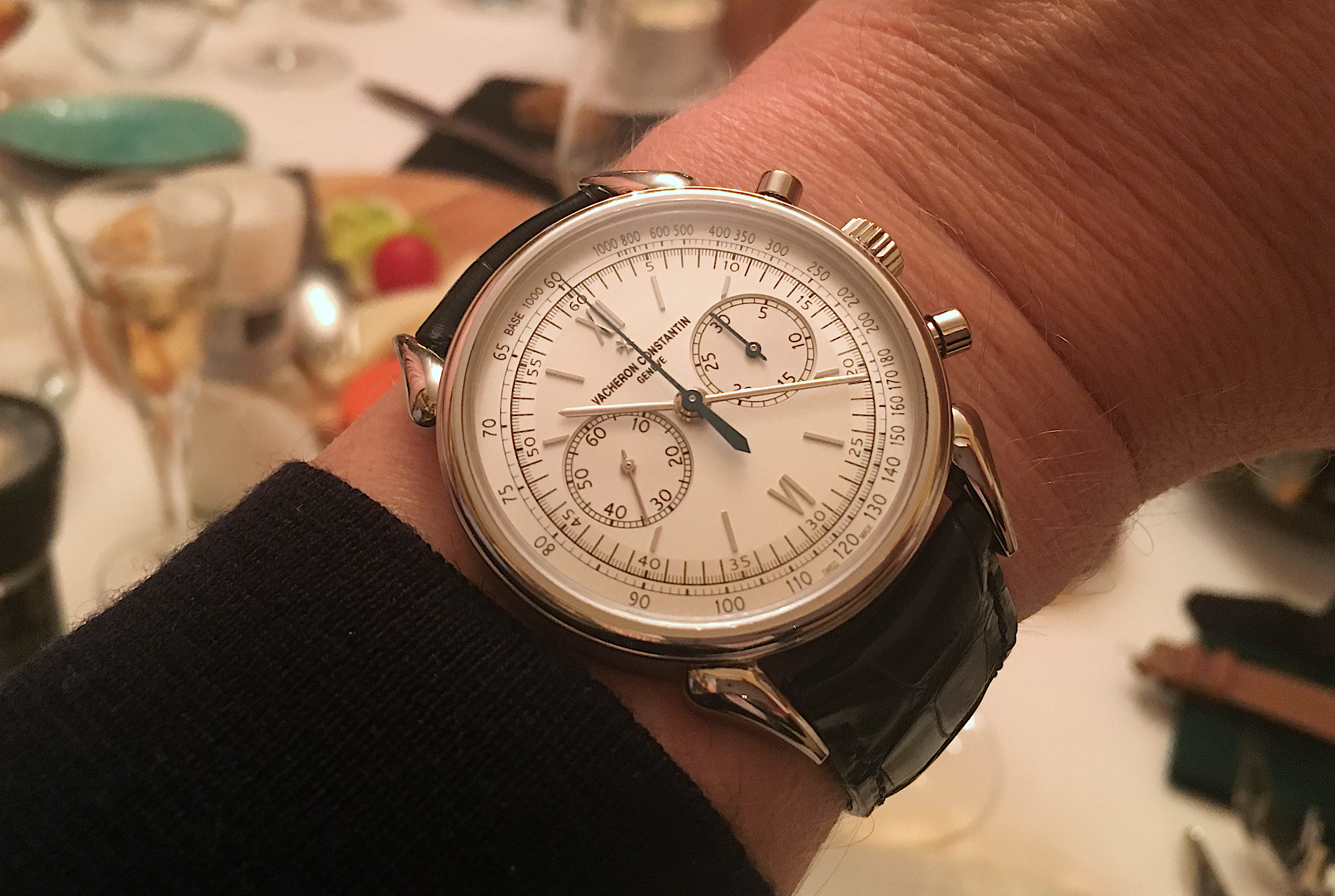 Recently I could get my hands on a watch that for long I wanted to feel and try out. A Le Historiques Chronograph from Vacheron-Constantin with the manual wind movement 1142, based on the famous Lemania 2310 caliber. The watch is just shy of 39mm but feels definitely bigger on the wrist. I think the cow horn lugs play a major role in that and the relatively “straight” case sides.

This is the platinum version which hands down is my favourite of this model. While haven’t seen the Steel version in the metal, I would always go the extra mile for the platinum, it adds so much to the watch. The backside is simply stunning as well. I think I really could see myself with a manual VC Chronograph in the future. If it would be the Cornes de Vache 1955 or maybe an earlier model like the 47101 is to be seen.

I had very high expectations on the Chronograph and especially on the pusher feel. To be honest, the VC is nowhere near the softness of a Lange Chronograph pusher but much more firm like you know from other brands. I think it’s personal taste, but I really do like the soft pusher feel of the Lange’s. But then, while the Lange may have some extra decoration notches like gold chatons and German-Silver plates and bridges and blued screws, I actually prefer the design of the Lemania 2310 with it’s large balance wheel.