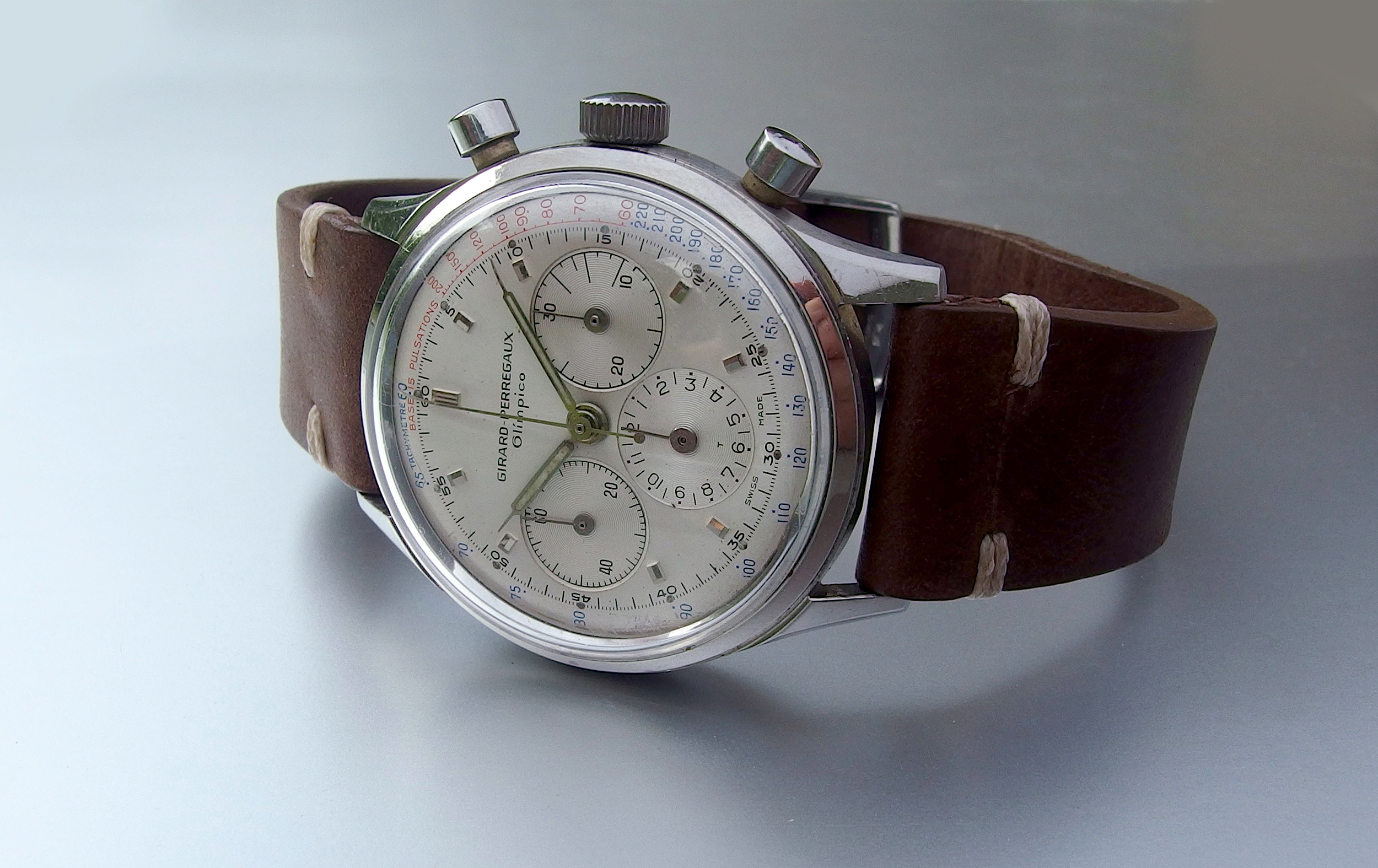 One of the most interesting and best-looking vintage watches from Girard-Perregaux is the 1968 Olimpico Chronograph 8846. 38mm diameter case, box-shaped crystal, mushroom pushers and three prominent sub-registers and a manual wind Chronograph caliber based on the Excelsior Park 40.

Furthermore, Ref 8846 was the first Girard-Perregaux Chronograph to carry the Olimpico name. Celebrating the 1968 Olympics in Mexico-City, Ref 8846 was available with a silver sunburst dial and a painted black dial. However, the Olimpico 8846 was not the only Reference released as Olimpico in 1968. Another similar model, Ref 8862 is also known. The dial here is quite similar but there are differences in the case and style of hands.

Before we now come back to the GP 8846, a few words about the 1968 Mexico Olympics. They were remarkable games in many aspects. The first ever held in Latin America. Till today, it was the Olympics at the highest elevation of 2240m which allowed for the most remarkable Athletics record of the 20th century, the jump of the century by Bob Beamon to 8.90m. It was also a time of political turmoil that was present at the games.

Back to watches and the Olimpico 8846. What really makes this model one of my absolute favourites is simply its look. The large close together subdials, the syringe hands and lovely details of the print on the dial. Vintage charm at its best.

And if you ask me if I prefer the silver or the black dial? I’ll give a diplomatic answer. While I have a slight preference for the silver, I could not imagine living without also owning the black dial version.

Make sure to also check out The Blomman Watch Report and his superb article about the Olimpico 8846. As you can see, there is only one right way and that is owning both. And if you want to see the 8846 side-by-side with the 8862, here they are “on the wooden beam“.

The box shape comes out very well on the wrist and is something you rarely find today in modern watches. I wonder why that is as it is such a cool look that adds presence on the wrist. I guess modern watches try to impress more by size and polish rather than well laid out details. On the other hand, that just makes a stronger case to “go vintage”, something I wholeheartedly support.