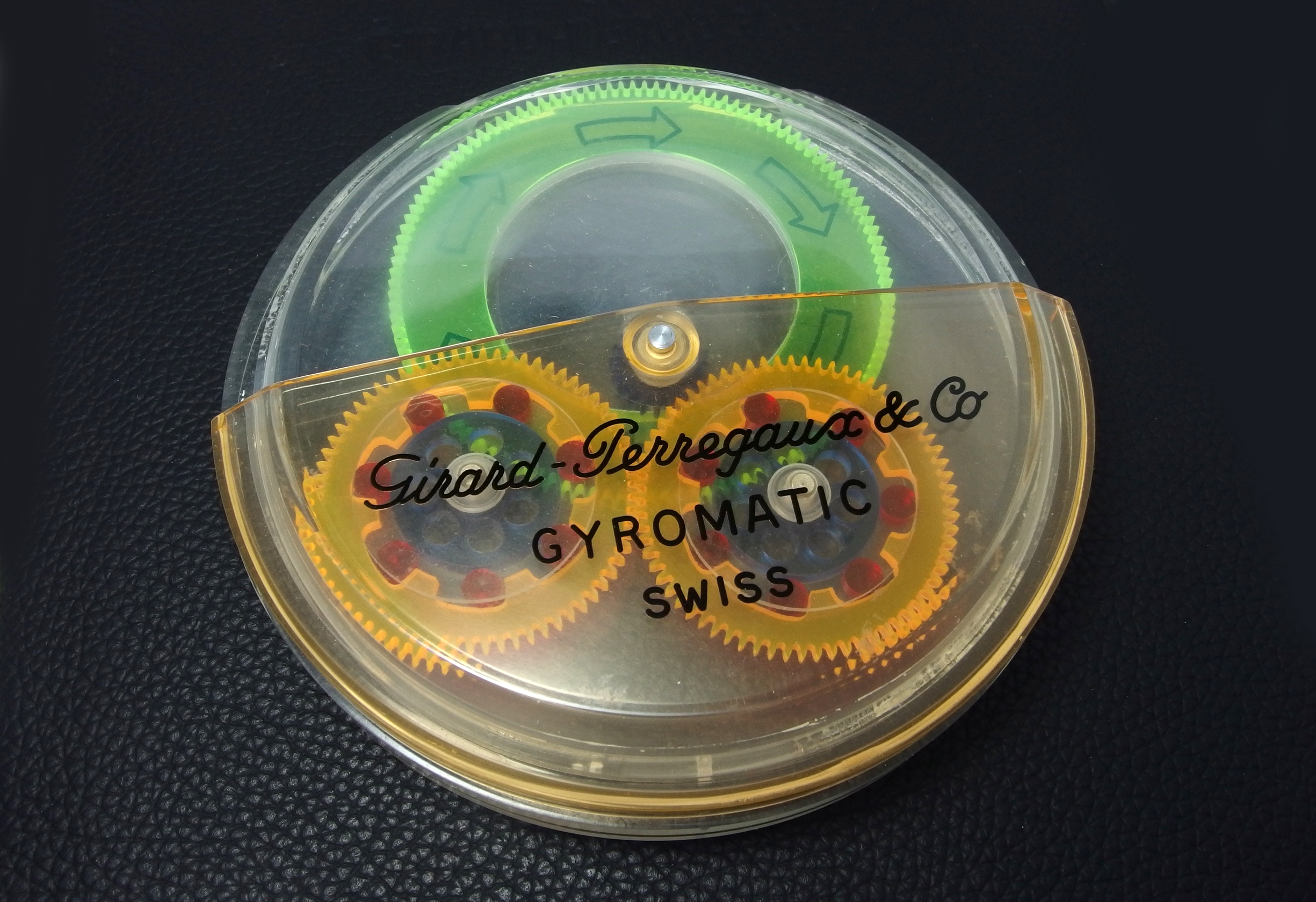 Through this week, I showed a different Gyromatic watch every day. Now it is time to take a closer look at the Gyromatic mechanism. The “39 Jewels” has even made it on most dials, so let’s lift the mystery of those jewels.

For a long time, watchmakers have strived to produce an automatic winding mechanism using the energy from the movement of the body of the owner. Automatic winding mechanisms go back to the 18th Century with pocket watches. However, pocket watches were not ideal as they often rested in a pocket, so this was largely forgotten for around 150 years until the early 20th Century when wristwatches became popular.

With the watch now strapped to your wrist, there is sufficient movement to pick up again the development of an automatic winding and in the 1920s/30s, the race was on to produce the most efficient, thinnest and reliable automatic winding mechanism. Among the first were John Harwood and Rolex, with Harwood going with a hammer or bumper movement while Rolex developed a full 360 degree rotor, the Rolex Oyster Perpetual. The word “perpetual” was commonly used back then for automatic winding watches.

By the 1960s, automatic winding was the standard for wrist watches although manual wind watches never completely disappeared. Girard-Perregaux developed its automatic winding in the 1950s and called it the Gyromatic. The mechanism has two so-called Gyrotrons that either engage or disengage depending on the rotating direction of the rotor.

The use of jewels as jewel rollers was a new invention, improving reliability and robustness. It was also a very compact solution allowing the production of thin automatic movements. As each of the 2 Gyrotrons has 7 roller jewels, we can now explain the “39 Jewels”. Automatic movements with jewel bearings would typically have up to 25 jewels. With the addition of 14 jewels inside the Gyrotrons, we end up with 39.