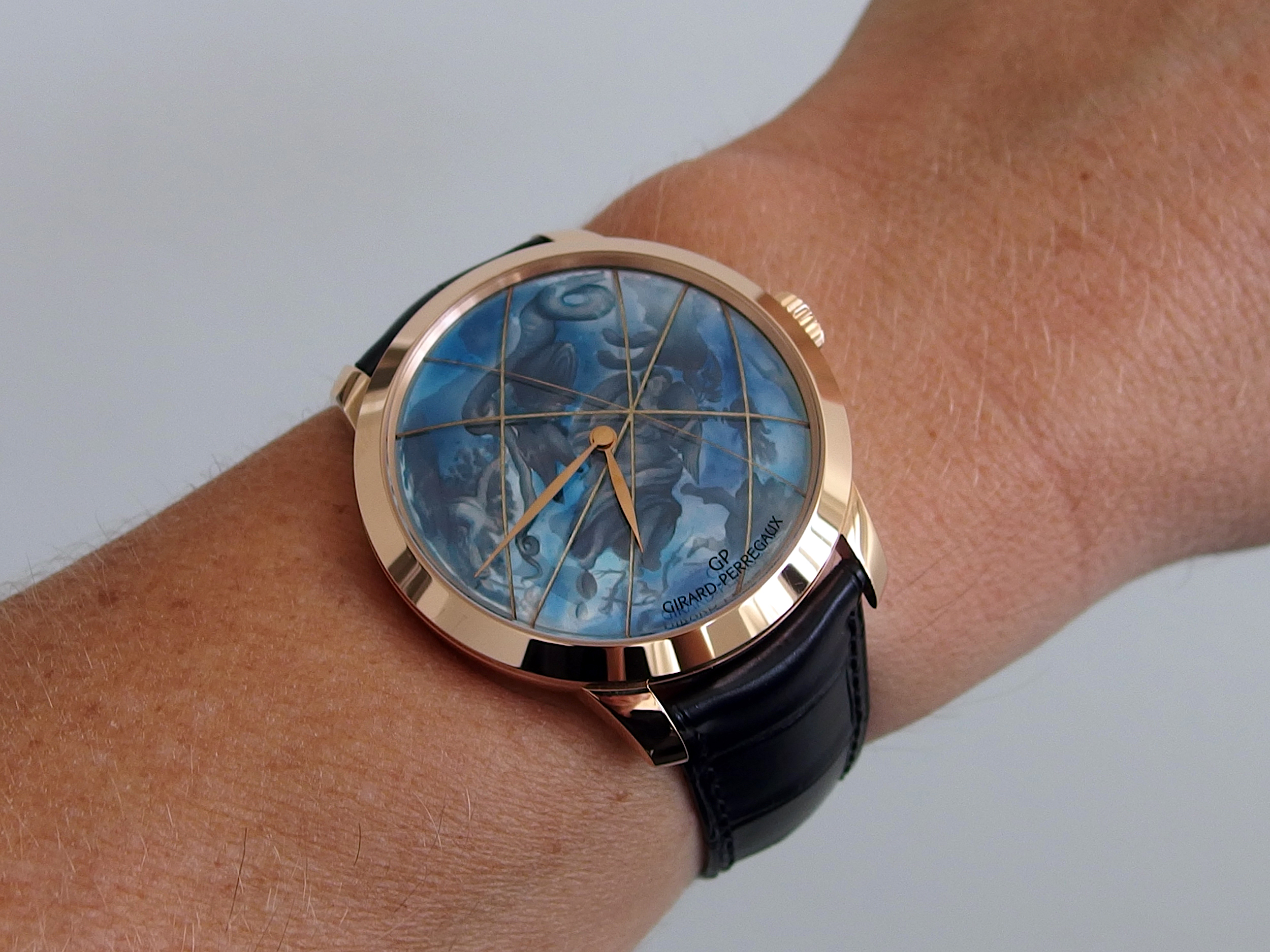 This time the universe plays a central role, a theme we did see again in 2019 SIHH with the “Earth-to-Sky” theme, but there is no other similarity if you’d ask me.

Above we have in my book the star of the trio, the Celestial Globe; the hand-painted dial in light blue comes out very nicely in the pink gold case. Next you have the Centre of the Universe Earth, depicting the Earth as the centre as it was belief and scientific view until Copernicus changed that.

So the final version is the Centre of the Universe Sun, showing the Copernican view of the solar system, placing the Sun in the centre, a very dangerous and bold statement in the 16th Century that was considered blasphemy. However, you can never escape the truth with time and today nobody would put a Flat Earth in the centre of the universe, or maybe there are still some…

The Centre of the Universe Sun has probably the most detailed dial and is the most colourful. The watches from the Chamber of Wonders are surely a bold statement on the wrist of its owner and will draw some attention. A great conversation starter.