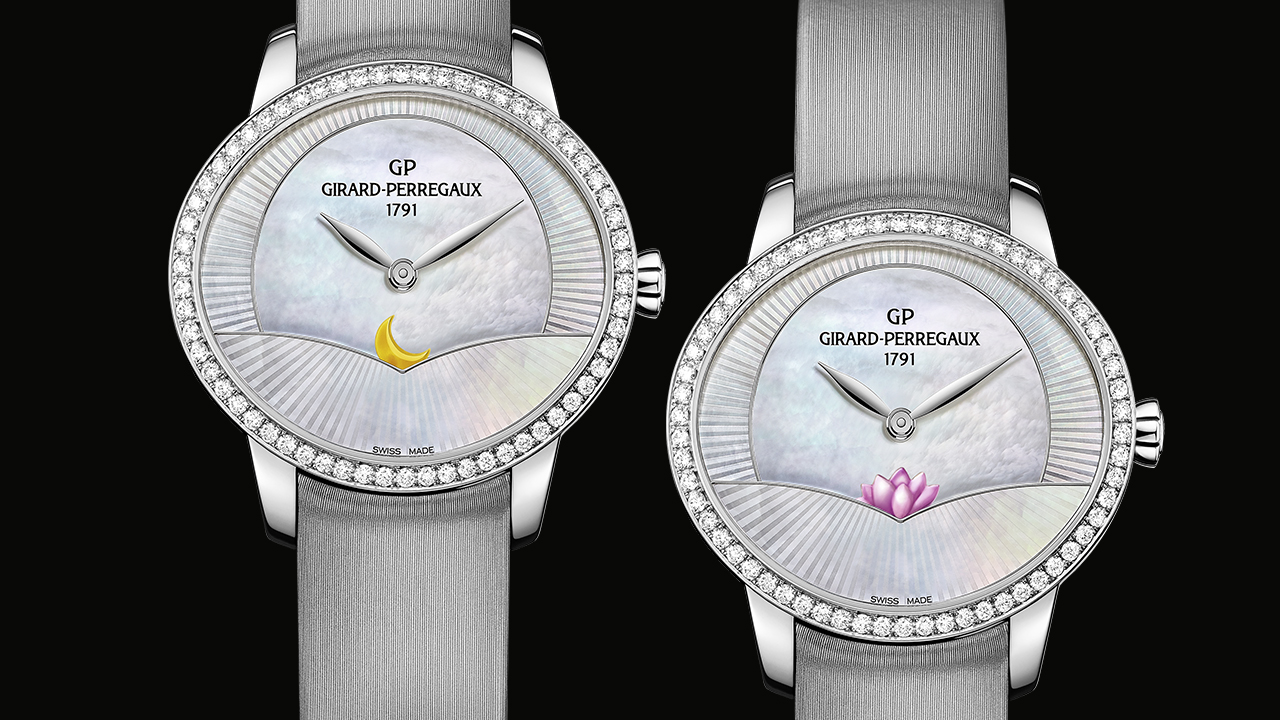 A week ago, Girard-Perregaux issued a press release on another exciting variation within its Cat’s Eye collection. It is quite common that new releases are spread a bit over the year and perhaps it is an indication that the Christmas season is coming.

The Cat’s Eye Lotus is available in steel with a diamond set bezel and the Arabian Jasmin comes in a pink gold case with additional diamonds on the dial. At the back, the flower theme is emphasised with a flower-shaped oscillating weight.