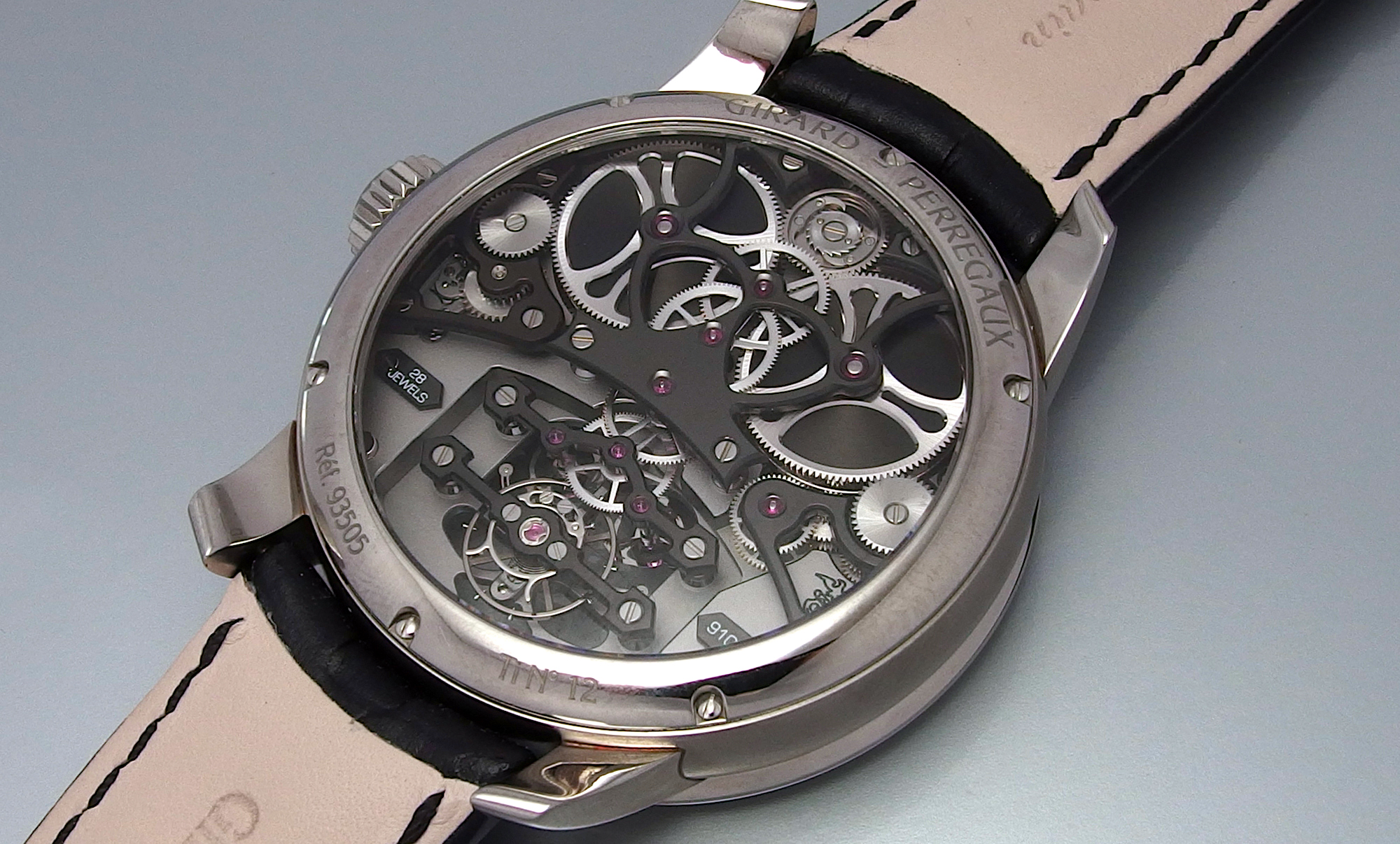 The Girard-Perregaux Constant Escapement is one of the most fascinating new developments in the watch industry of the last two decades. In the pursuit of resolving the eternal problem of how to provide a constant force escapement mechanism, Girard-Perregaux developed a truly new approach.

The idea of a Constant Escapement (CE) using the inherent tension of a bent sheet/string is the brainchild of Nicolas Déhon. He first had that idea when he was working for Rolex and a study was started but was soon stopped. When Nicolas Déhon joined Girard-Perregaux he proposed the idea again to Gino Macaluso. Gino saw the potential in the idea and gave Nicolas the go ahead for an R&D project to work on his CE idea. That was back in the year 2000. It took almost 8 years of development for the first ticking prototype in 2008. During that time, Nicolas solely worked on that R&D project.

There were a total of 6 patents filed in Switzerland and as it is common that patent bears the name of the inventor (Nicolas Déhon) and the company (Girard-Perregaux).

In 2013, production of the first series of the Constant Escapement started. I have personally been to the R&D Labs and witnessed some of the work. Not only required Silicon, as a new material (it is now used by a number of brands) new machinery and processes, the Constant Escapement also required exclusive development of new tools. For example, traditional watches are regulated with microphones, for the CE this was not working, it required an optical tool to be developed for that.

This Girard-Perregaux Constant Escapement mechanism is not an evolution/innovation but rather a true invention/revolution that was not attempted before, hence it is a patented invention. It touches and improves the 4 fundamentals of mechanical watchmaking:

As of today, Nicolas Déhon is working again on the CE mechanism. There are a number of goals Girard-Perregaux wants to achieve for a new model and I feel confident that this will bring us new and exciting Girard-Perregaux Constant Escapement watches in the future.