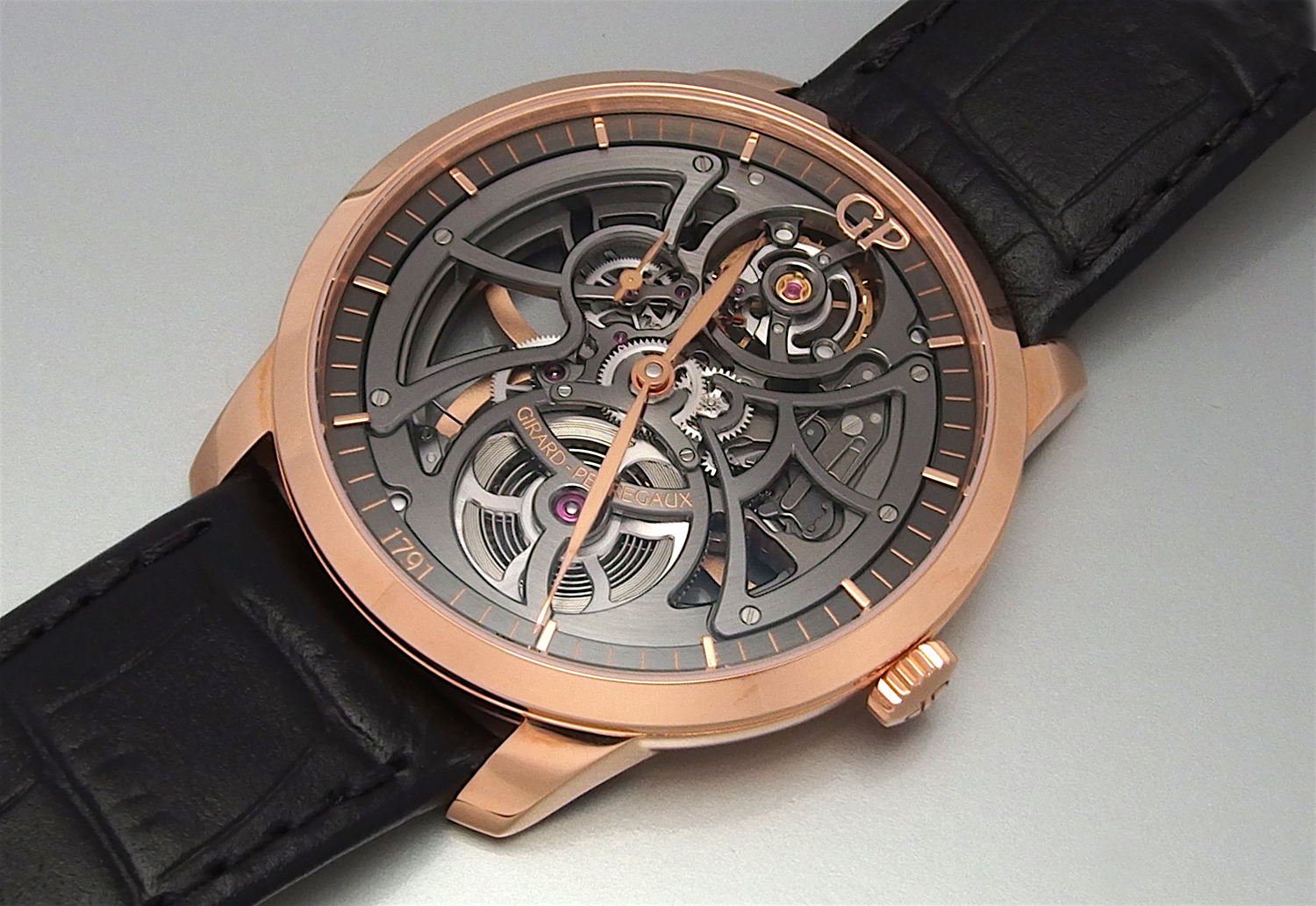 When watches strip naked we call them Skeletons. Bare bones if you like that hold things together mechanically. In real life, skeletons don’t look particular nice, and that equally presents a real challenge to watches to male them appealing without a classic dial.

Introduced at Baselworld 2016, the Girard-Perregaux 1966 Skeleton, Ref 49549 has made a worthy attempt bringing us an attractive skeleton watch. Housed in the classic 1966 case with moderate 38mm diameter, the movement takes the primary attention of the watch.

A Skeleton watch is often a very technical watch revealing its innards of moving parts, hence housing it in a dressy 38mm pink gold case seems an unusual choice. A couple of years later, the same Skeleton movement made it into the sports Laureato to prove my point.

The key is the design of the movement and with design I don’t mean the overall layout but the approach to skeletonise it. An easy way often taken, is to just take all the existing bridges and remove as much metal as possible, get rid of the dial and you have a skeleton watch. The result is often not very pleasing to the eye.

Girard-Perregaux however took a more arduous way. There is of course a base caliber, here the GP 01800 with a diameter of 30.6mm. However, all the bridges have been redesigned for the skeleton watch, deploying arches as a common theme. In addition, caliber GP01800 was enhanced with GPs free-sprung balance wheel, called Microvar.

The main barrel as well as the balance wheel are visible but take more of a back seat, unlike for example in the Neo Bridges. For me, this is the right approach as it keeps the skeleton face more clean and allows for a good and visible placement of the hands. After all, we do want to read the time on a watch.

Speaking about hands, there is a small seconds hand that is hardly noticeable. Frankly, I could have done without a seconds hand. I’m not sure if the hand is necessary as GP used the base caliber GP01800 or if it was a conscious decision to put it in there like this.

The backside reveals a pink gold rotor that takes up the skeleton arches theme in a very beautiful manner. On the wrist the watch overall is opaque. Relatively little skin is showing through and the dark grey – BTW nicely finished with brushed surfaces and polished angles – bridges take the main centre stage.

You just have to keep staring at it as you discover new details and many light reflections. The choice of pink gold makes a lot of sense, though having said that, a white gold version I could also imagine to be very attractive. Unfortunately, the 1966 Skeleton is no longer in current production, so chances of a white gold version are not that high.