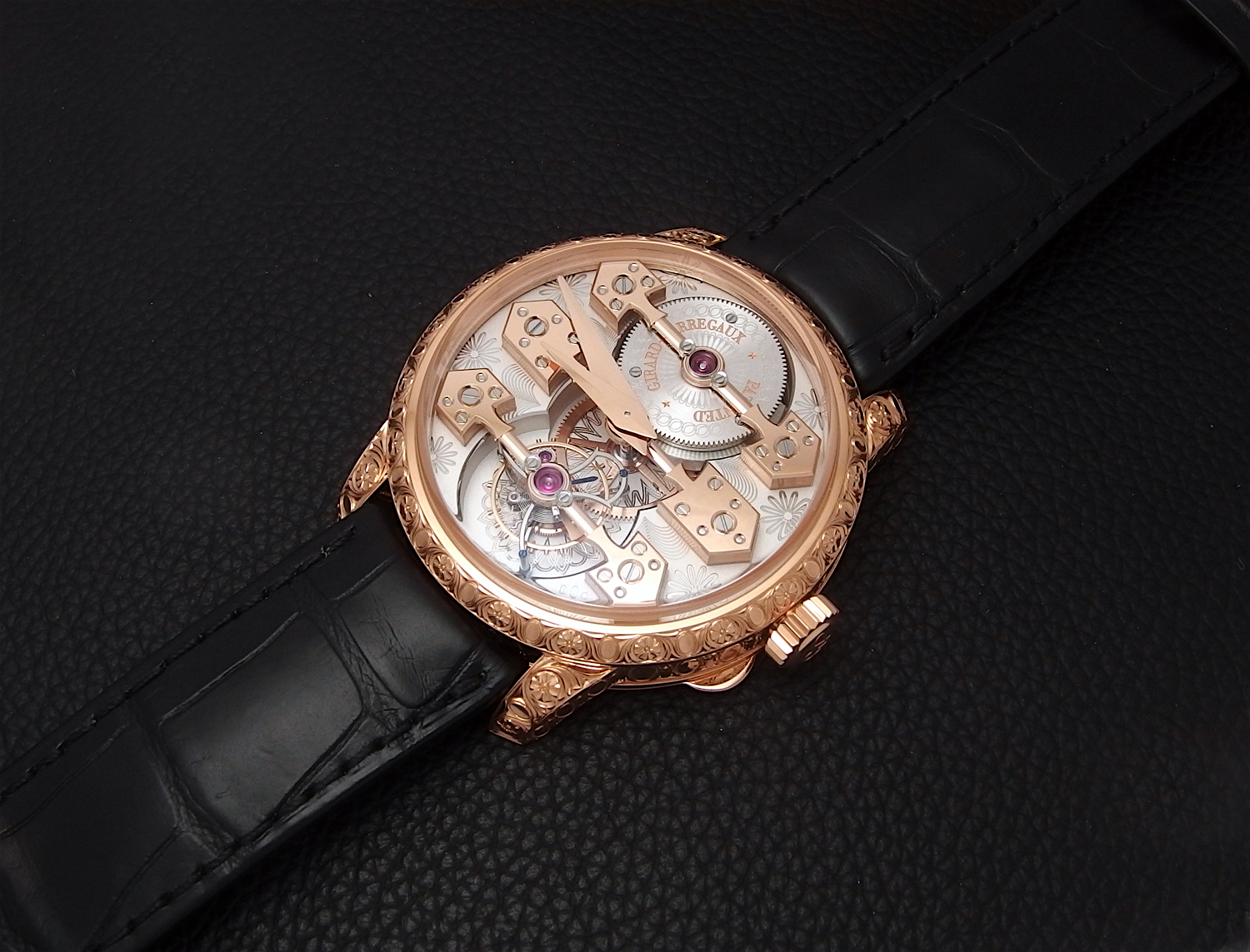 If there is one design element that is defining Girard-Perregaux as an Haute Horlogerie maison, then it has to be the Three Golden Bridge Tourbillon.

A design that is both striking by its genius simplicity and its visual aesthetics.

At SIHH 2019 back in January I had the pleasure to go hands/on with the La Esmeralda à Secret from the current Bridges collection.

The “secret” is that the backside of the movement is now hiding behind a classic hunter case back as known from the pocket watch era.

And that does make a lot of (historic) sense as the original Three Bridge Tourbillon was of course a pocket watch. The original La Esmeralda dates back to the Universal Exhibition in Paris 1889 where it won a gold medal.

The original engraving was made by Fritz Kundert, a then famous artist and named “La Esmeralda” after the former Mexican President Porfirio Diaz, who was the suspected owner.

The new La Esmeralda à Secret now brings back the original engraving to the wristwatch with Three Golden Bridges. You can compare the motive on the case back with the pocket watch.

Introduced at SIHH 2018 it comes in a massive 44mm pink gold case with a prominent display of the three golden bridges.

The hands are classic Dauphine hands and as with all Girard-Perregaux Three-Bridge Tourbillons have the minute hand placed underneath the hour hand which is another reminder of the pocket watch heritage as originally, the three-bridge tourbillon was at the back side and not dial side of the watch.

The La Esmeralda wristwatch also has some extra engravings on the base-plate and all the action and beauty of this watch is visible.

The hidden inside of the back, unlike with the pocket watch where the hunter case back revealed the tourbillon, now is not quite as spectacular, but still a lot of attention to detail has been put into the finishing and decoration of the movement back-side.

Inside the highly polished case back another engraving is visible “Tourbillon 3 Ponts” / “La Esmeralda” / “La Chaux-de-Fonds”.

On the wrist this is a lot of Pink Gold, a lot of weight and due to the engravings a lot of lavish details. Surely, not a daily beater watch, but one that you would admire from every angle.

Girard-Perregaux demonstrated again its capability to play in the very top league of watch making and decoration.