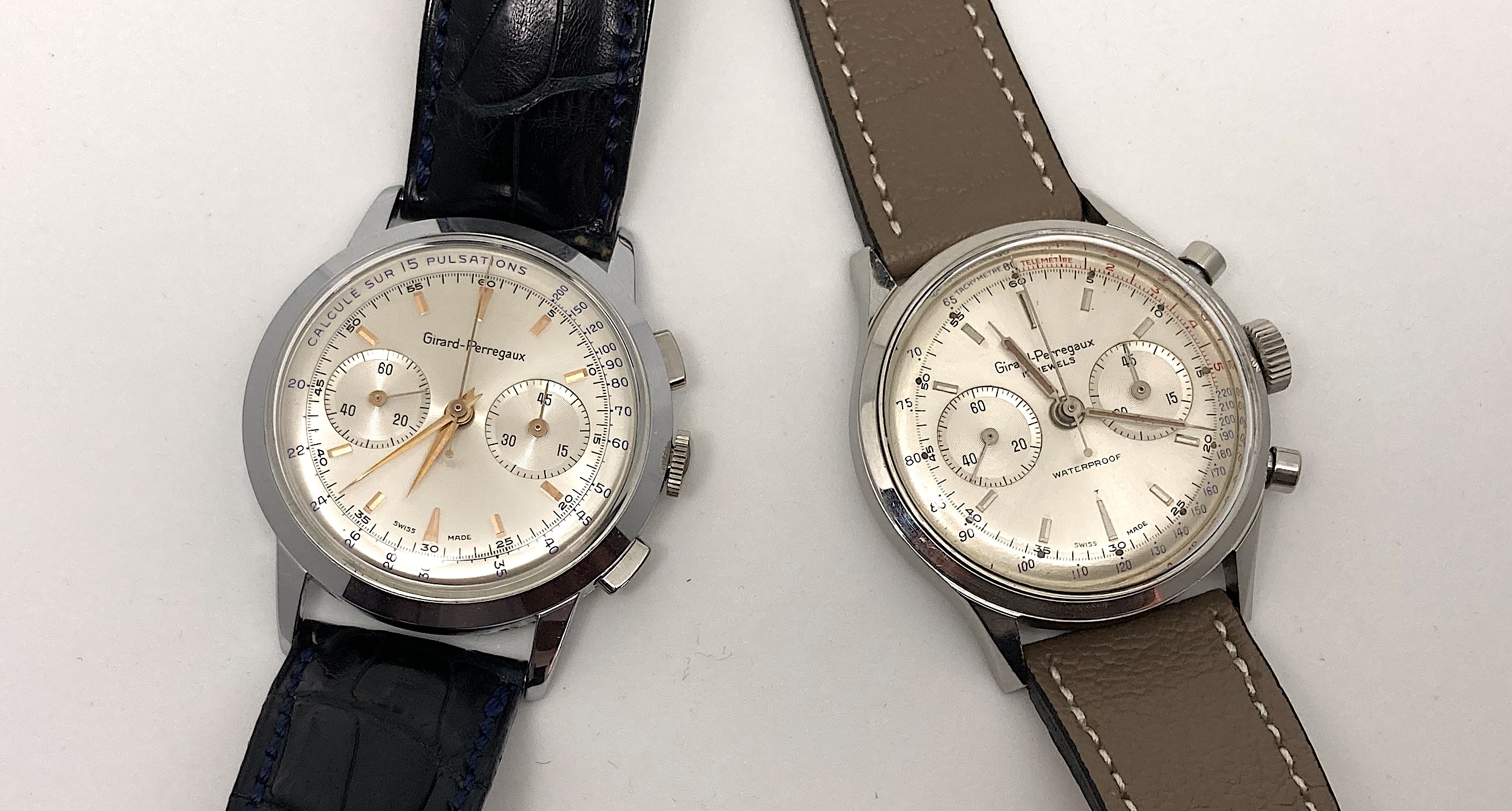 In the mid 1960s, Girard-Perregaux released new Chronographs based on an Excelsior Park movement. Among the first were Chronographs 6557 and 6558. The obvious question would be, why 2 different references of what appears to be almost the same watch? So time to take a closer look at some of the details and how they differ.

As the reference numbers suggest being just one digit apart, both are very close together for when they were released and in their general making. However, there are enough differences to write about them. The most notable difference is the case. Ref 6558 has a thicker case with a screw-in case back fully made of Stainless Steel. It has a “waterproof” on the dial which explains the different case construction.

Chronograph 6557 is not waterproof and has a snap-on case back. The case back is stainless steel but the case itself chromium plated brass. When looking at them in the profile, the 6557 is a lot thinner than the 6558, you could argue it is the more elegant version while the 6558 is sportier. This is underlined by the different hands, pencil hands with luminous material on the 6558 and gold plain dauphine hands on the 6557.

The 6557 almost looks like a blue-print of the modern 1966 Chronograph, especially when you also considers the rectangular chronograph pushers. The 6557 also had dial versions with Tachy Scale and luminous pencil hands, while mine has a pulsation scale and no luminous material at all. As far as I know however, the 6557 only had a white/silver dial variant, while the 6558 also was offered with a black dial.

Putting the 6557 on the wrist is a great joy, especially when you think that this is a mid-60s watch and actually completely new-old-stock condition. I already showed you the box and papers that came with it as a package, something very rare to find. Do I have a favourite between the 6557 and the 6558? Not really, both have a special place and I appreciate the subtle differences and wouldn’t want to favour just one.