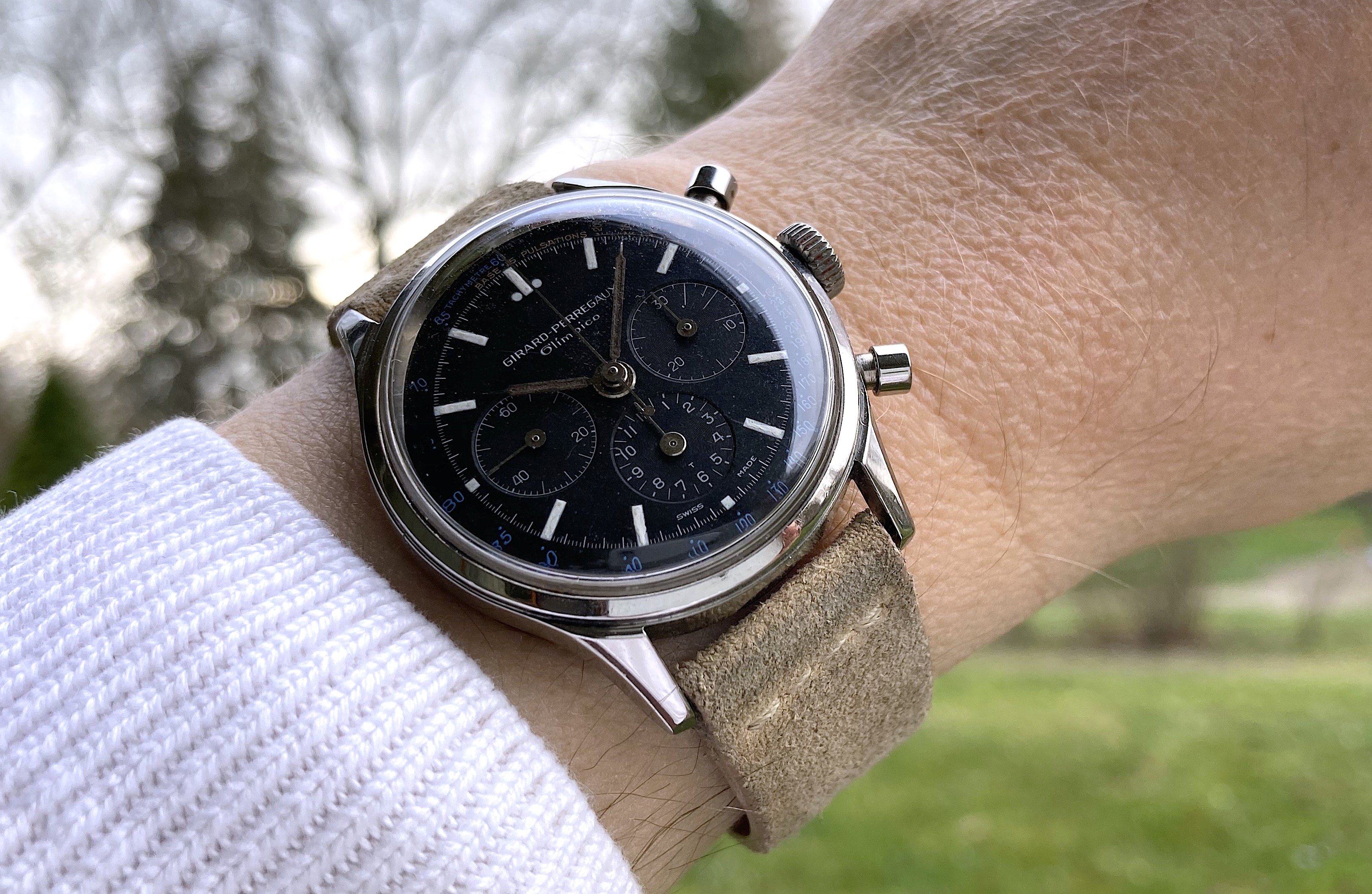 Let’s a have a follow-up on my recent post of the Girard-Perregaux Olimpico 8846 N from the first Olimpico series from 1968. Ref. 8846 was not the only Reference from the 1968 Olimpico series, but there was also the 8862, which was very similar but was housed on a different case. The 8846 on the other hand also had a black dial version and I wanted to take a closer look at this watch.

The black dial brings a whole new character to the 8846 but it is still unmistakably the same Reference. What a huge impact a mere colour change can have. It appears much sportier than the silver dial which may also be a result of using white painted indexes rather than applied silver metal indexes. On my black 8846 the white indexes are left without lume, while I have seen others with added lume. For me personally, the white provides better contrast and with the blue/red tachymeter scale, this is already a colourful watch, not sure I really need another lume creamy colour on the dial.

The rest is as you would expect is the same. Same powerful 38mm case with box-shape chrystal and mushroom pushers and the 3 sub-register caliber GP 07, based on an Excelsior Park. My hands are a bit corroded and the lime has turned into a dark colour, sometime difficult to read the time, unless you put it in the right angle.

A watch with a very strong vintage character. I often get asked, which I prefer, the silver or the black and all I can say, I’m just happy to have the T.W.O of them.