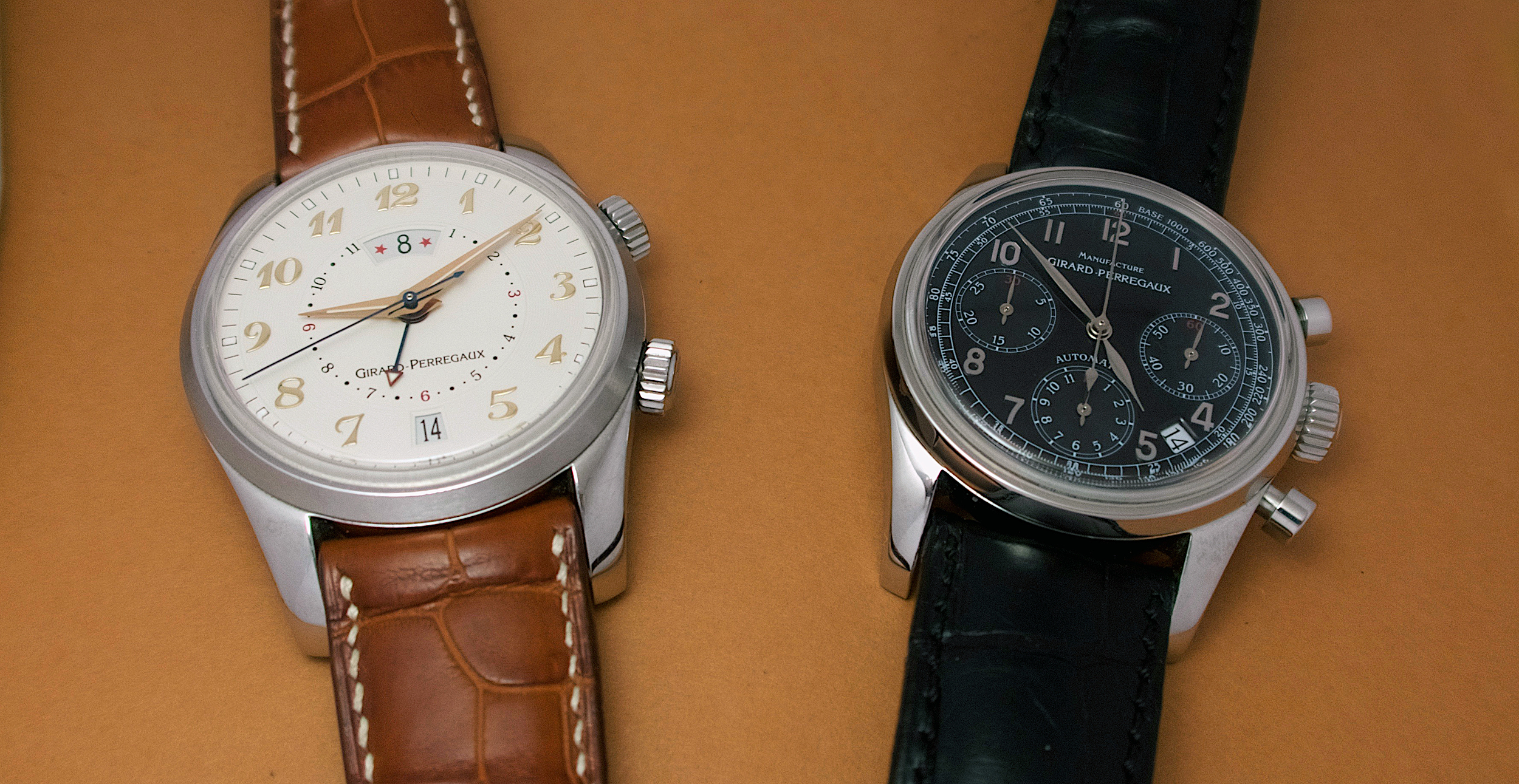 The changeover to the third Millennium has probably marked for many a formative event in one’s lifetime. It gave a sense of something ending and something very new starting. For me personally that time coincides with the birth of my children so no wonder it marks something very important for me. However, also for Girard-Perregaux, the Millennium change had a major impact on its direction. Using the opportunity of this historic caesura, it was only consequent to modernise and expand the collection of its watches.

At that time, almost a decade passed with Gino Macaluso at the helm of GP and a number of key achievements were made. The brand had been put back on the map, the direction was clear with a focus on a full manufacture with a selection of in-house movements and the resurrection of Haute Horlogerie masterpieces. Economically, these bold steps had started to pay off and GP was in a comfortable position to invest in new models and collections.

The collection of the second half of the 90s was shaped by the Laureato, the Richeville, the Vintage 1945 collection and foremost by the very successful “Pour Ferrari” watches, but it was time to expand and venture into new territory. It was a buzzing time, full of new ideas and the appetite for trying new and even risky routes.

The 2000 Yearbook, dubbed “Millennium Yearbook” was full of new releases. With some GP had tested the water in the previous years releasing some limited “Vintage” editions, but now with the turn of the Millennium, a firework of novelties was ignited:

It was laying the foundation for renewed growth and moving the brand higher up the ranks. While the Laureato left the collection at that time, it came back a few years later as the Evo3 and when GP then expanded a few years later its offering with a renewed upmarket dress watch, the 1966, the core of the collection as we know it today, roots in the innovation from the Millennium change.

So the year 2000 was a key milestone in the modern history of Girard-Perregaux that even 20 years later shines through. However, 20 years is a long time and sometimes I wish there would be another Millennium change soon with a bold vision and determined execution to take GP to new heights yet again.