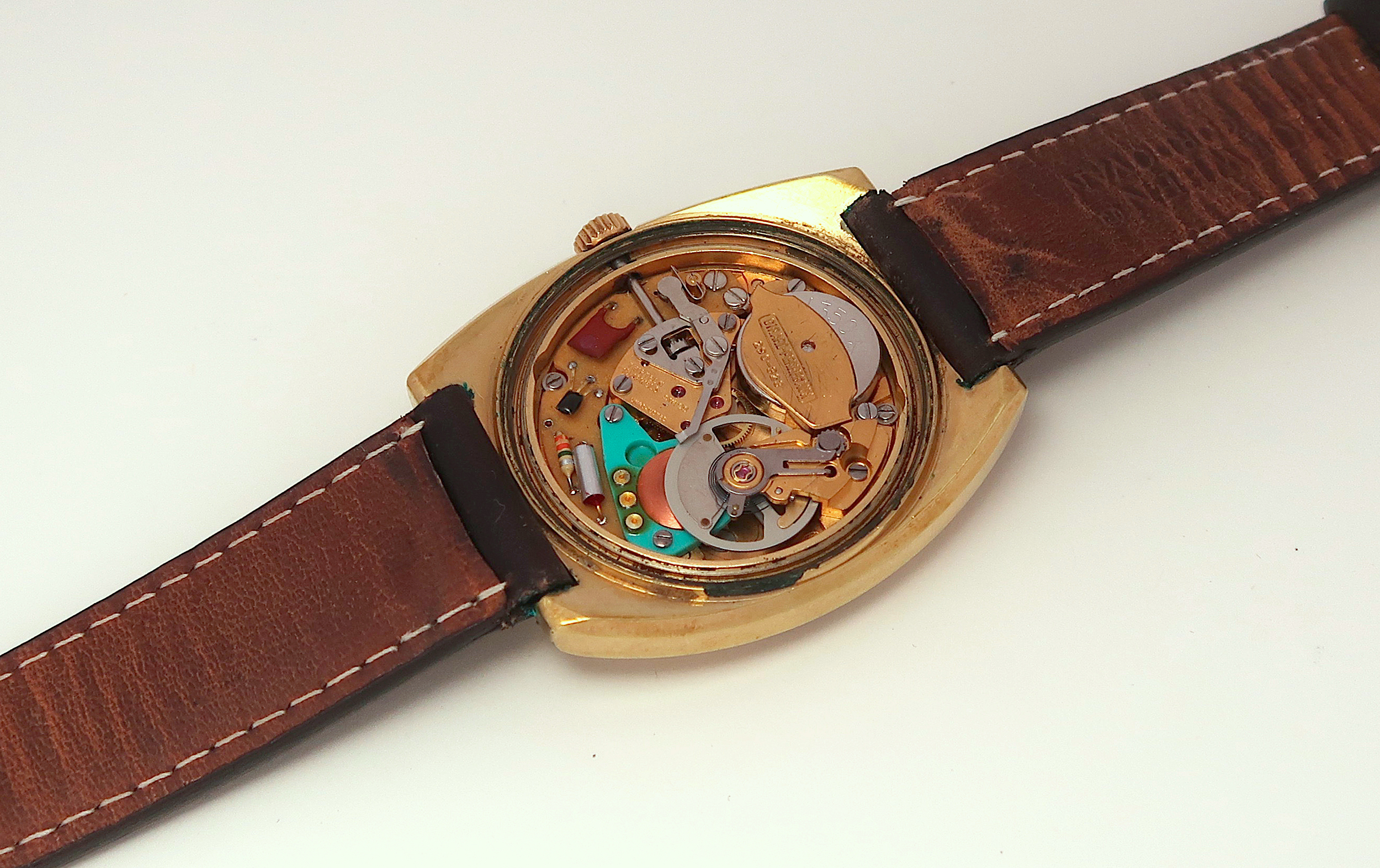 I’m a big fan of electronic music but I don’t like electronic watches. A paradox perhaps. In the late 60s / early 70s there was a believe in new technology and an overall spirit to cut with the past and embrace new technologies. A little bit like we see today or at least till the beginning of 2020. Today from a distance, we have gone back to high quality mechanical watches (ignoring the mass market of course), but in the early 70s, it were the big names of the industry that all researched in the direction of electronic and battery powered watches.

Quite intriguing when you think that already very reliable and accurate automatic winding mechanical watches were available. And when we step forward again to the present days, one will wonder if in 20 years, we will look back at Artificial Intelligence or autonomous cars as yet another wrong path technology took?

That should not stop us from looking at some examples of that transition. Not commonly known, but not Quartz watches were the first step, but rather a strange mix of electronically powered and regulated watches. The Bulova tuning fork and a battery-powered and electronically regulated balance wheel mechanism were the first such models that hit the market. The Girard-Perregaux 9280 GH belongs to the latter category.

The caliber used is a GP 290, which is based on an ESA 9154. The balance wheel “ticks” with 28800 vph, which is electronically regulated and all being powered by a battery. A transitional technology that with the advent of the Quartz watch and GP Caliber 350 quickly disappeared again in the museum of curiosities.

The 38mm cushion-shaped case was also used with a mechanical Gyromatic movement, including a Chronometer HF version. What is interesting that it uses the “wave” logo on the dial, which also some of the high-frequency Gyromatics had for a short period of time. It is definitely not symbolising an electric wave, but is rather a sign if the time when the watch was released.

One of the key problems that made these watches not very practicable was battery life. Powering the electronics and the mechanics with 28800 vph was draining the battery very quickly. Today, batteries are better than in the late 60s, so at that time it must have been a pain to own such as watch. Again, considering that an automatic winding mechanical movement could be worn without ever needing to wind it, it was meant to be a wrong path in watchmaking history.