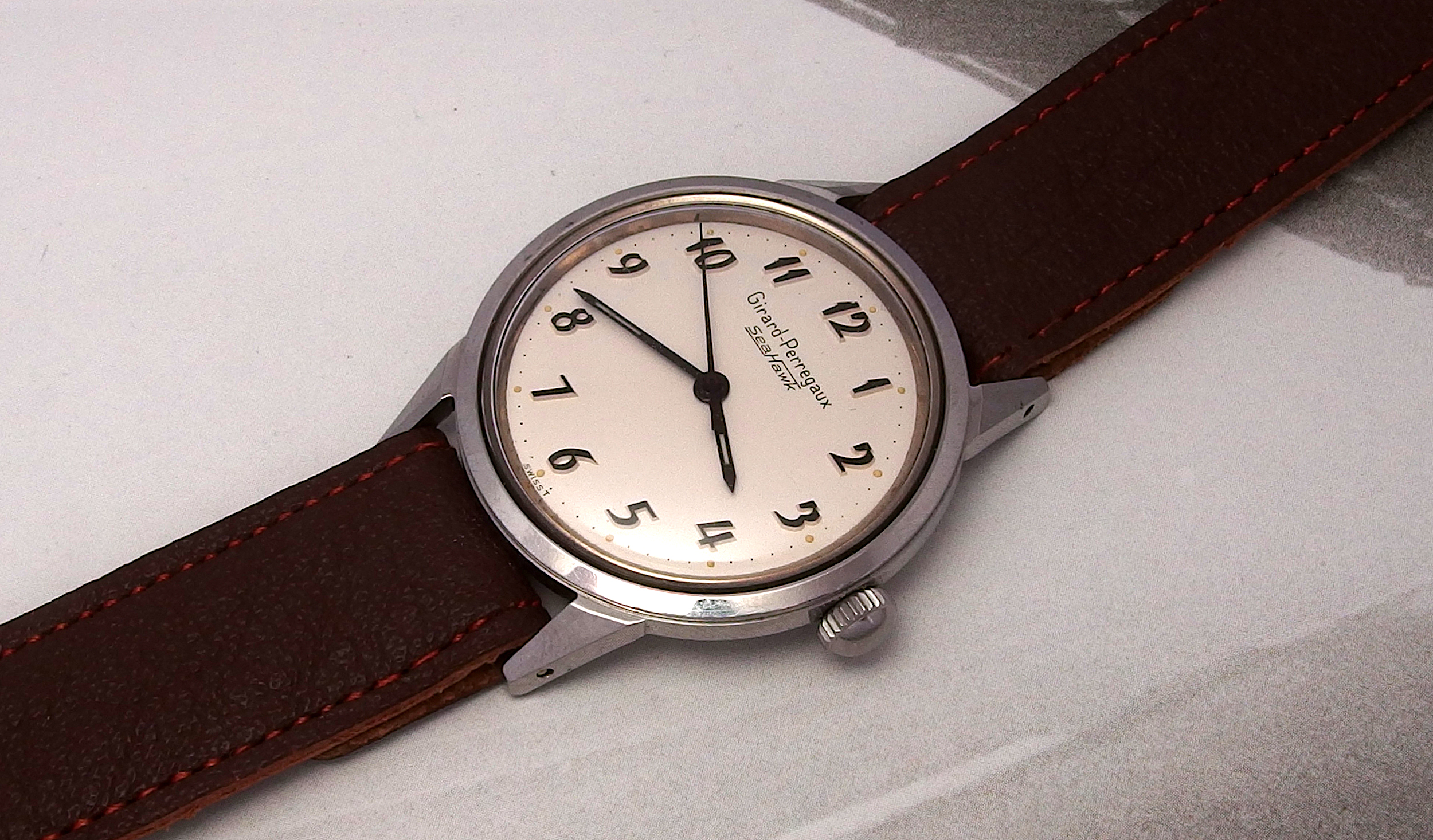 Not long ago, I had a little skim through my boxes and took out some hidden gems that are not often worn. Well, here is another one that I don’t take out very often, but does have a lot of charm. A vintage 1960s Sea Hawk manual wind with applied black numerals.

I don’t know if there is a special name for this number style, but I can say that I like that very much. GP used these numbers on some Sea Hawks but also on some Gyromatics in the 1960s. The Reference number of this watch should be 4312, at least that are the first 4 digits of the 8 digit number between the lugs. A 4000er number is a bit surprising as most Reference numbers from that period had numbers in the 7k or 8k range with some odd one with 6k. Either the watch is older which I doubt or even from the 70s. In the 70s, GP had a number of watches with a 4k serial number but typically followed with two letters. However, I’m pretty sure this Sea Hawk is more early 60s than 70s, so let’s just blame it on inconsistency.

A look at the movement does not help either, as the whole case back, movement and dial detach from the case and I didn’t want to venture any further. Anyways, let’s take a look at the watch itself. The case diameter is a mere 32mm, almost giving it a military look of a 1940s watch. In general, I think the vintage Sea Hawks are a strange animal. Designed more like dress watches with manual wind movements, not waterproof but with a name that suggest otherwise and having a heritage in the 1940s Sea-Scout / Sea-Hawk watches which were early “waterproof” military watches.

A quirk that adds to the charm of this little watch.