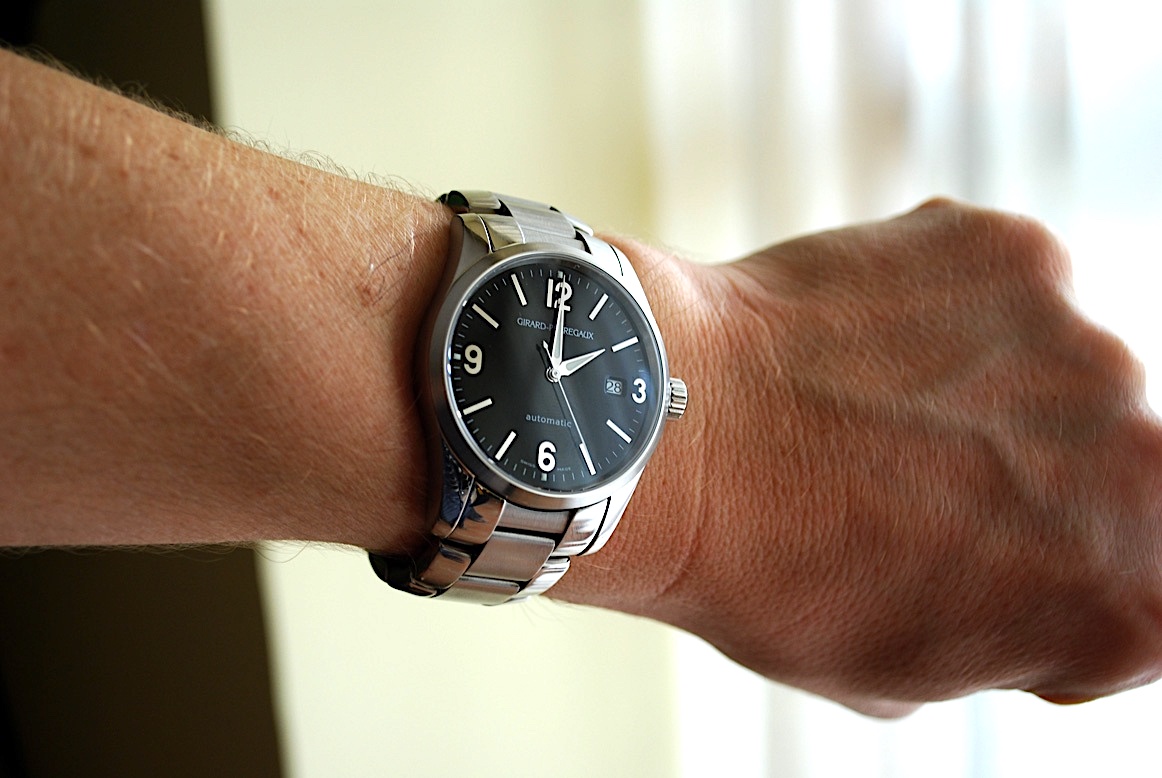 Wristshot, 3rd February: Going back to the early 2000s to a watch from the Classic Elegance collection, which combined a number of different models under that label. Reference 49570 is indeed a classic elegant watch, simple time and date only. Some say an early version of the 1966 which was introduced a few years after. 49570 was available in steel with either black or white dial. The white dial had a blued seconds hand, something that we saw again in the first 1966 (Ref. 49525).

Interesting is also the backside, for the first time, not the Caliber 3100 base was used, instead a larger caliber GP 4500 was deployed.  There was a precious metal variant with small seconds also in the collection. This model disappeared from the collection after the launch of the 1966 and as such is not often seen anymore.