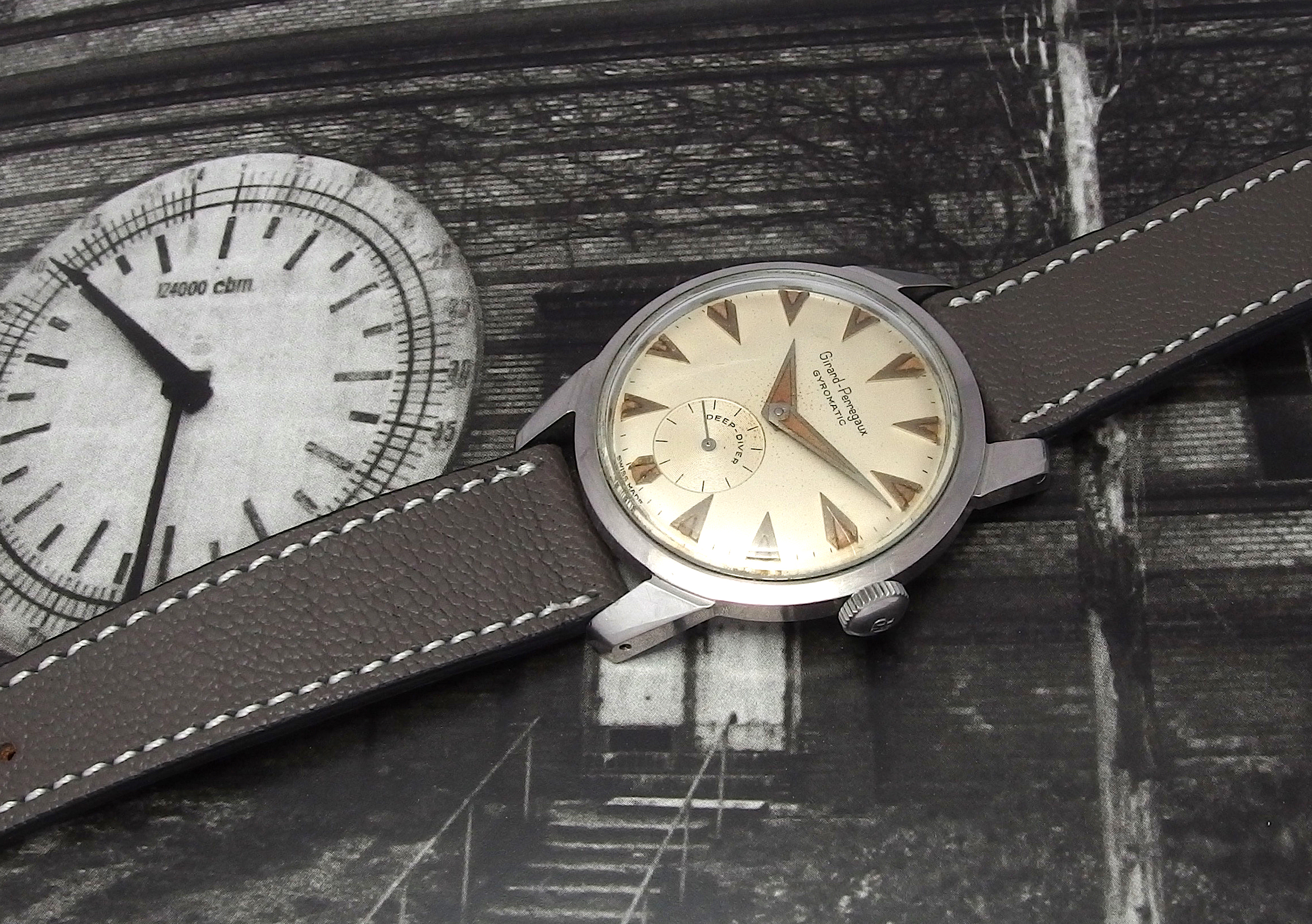 Time to take some fresh shots and a closer look at the very first Deep Diver from Girard-Perregaux. Reference 7254 dates back to 1957 and there are two known different dials, one with chevron indexes which as far as I know was only available in cream colour and one more conventionally looking dial that was available in white and black, while we know the white had either silver or gold indexes/hands.

The Chevron dial is no doubt the hardest to find and I particular love the broad hands with radium lume. Unlike the other dial version, this dial does not have the “100 Fathoms” depth rating printed on the dial, but it is has the same rating. The case has a standard push-in crown and a screw-on case back. I quite doubt the depth rating even at the time the watch was new.

The first generation of Deep Divers came with Gyromatic Caliber 19, which unlike its much more common cousin, Cal. 21, has a small seconds layout. There were actually not many early Gyromatics with small seconds and Cal. 19 ever made.