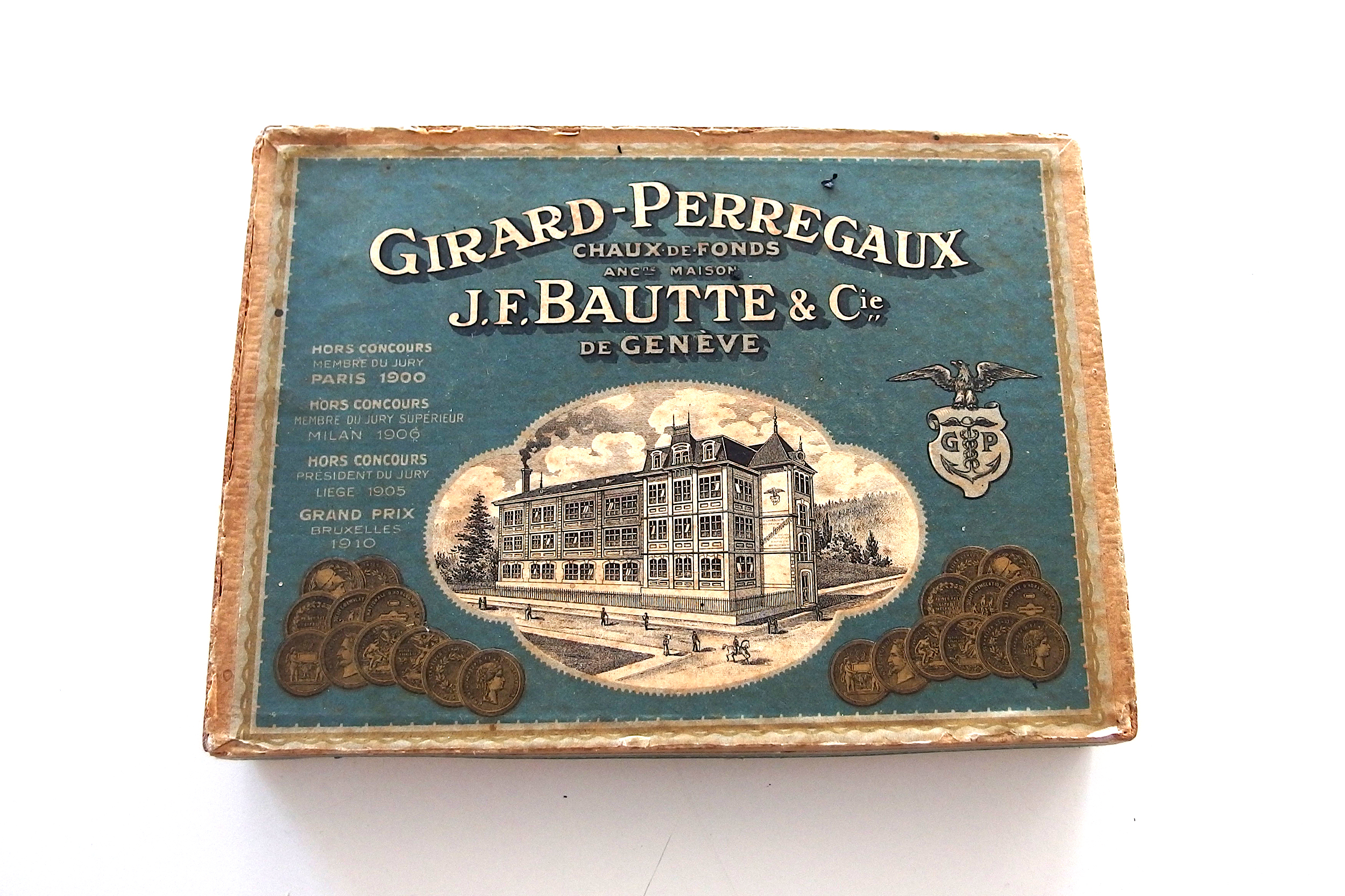 The complete collector is supposed to collect everything around the collecting theme. To be honest, I never cared too much about boxes, accessories and the like. Documents are another story as they are very helpful, but boxes? I wear the watch, not the box. However, sometimes a box can also tell a good story and this box, which I saw at Girard-Perregaux is like that.

The box has a double naming: Bautte and Girard-Perregaux. In 1906, Constant Girard-Gallet, the son of Constant Girard bought the Bautte manufactory and this would date this box after the takeover, so early 20th Century. The last year printed  on the box is 1910. It was a time of many changes. The industrial revolution was in full swing and producers adopted a manufacturing process across many industries. The Bautte Maison already had a factory in Geneva at the time of takeover and you can see it on the front of the box.

Constant Girard-Gallet on the other hand was trying to preserve the heritage of his father, a traditional pocket watch maker and as such being quite opposed to the idea of a manufacturing line. He preferred to remain working in a traditional Atelier where unique pieces are hand-made with every step sequentially. However, the success of a manufacturing process could not be ignored nor stopped anymore.

Thanks to the Girard-Perregaux museum curator for showing me this box and telling its story.