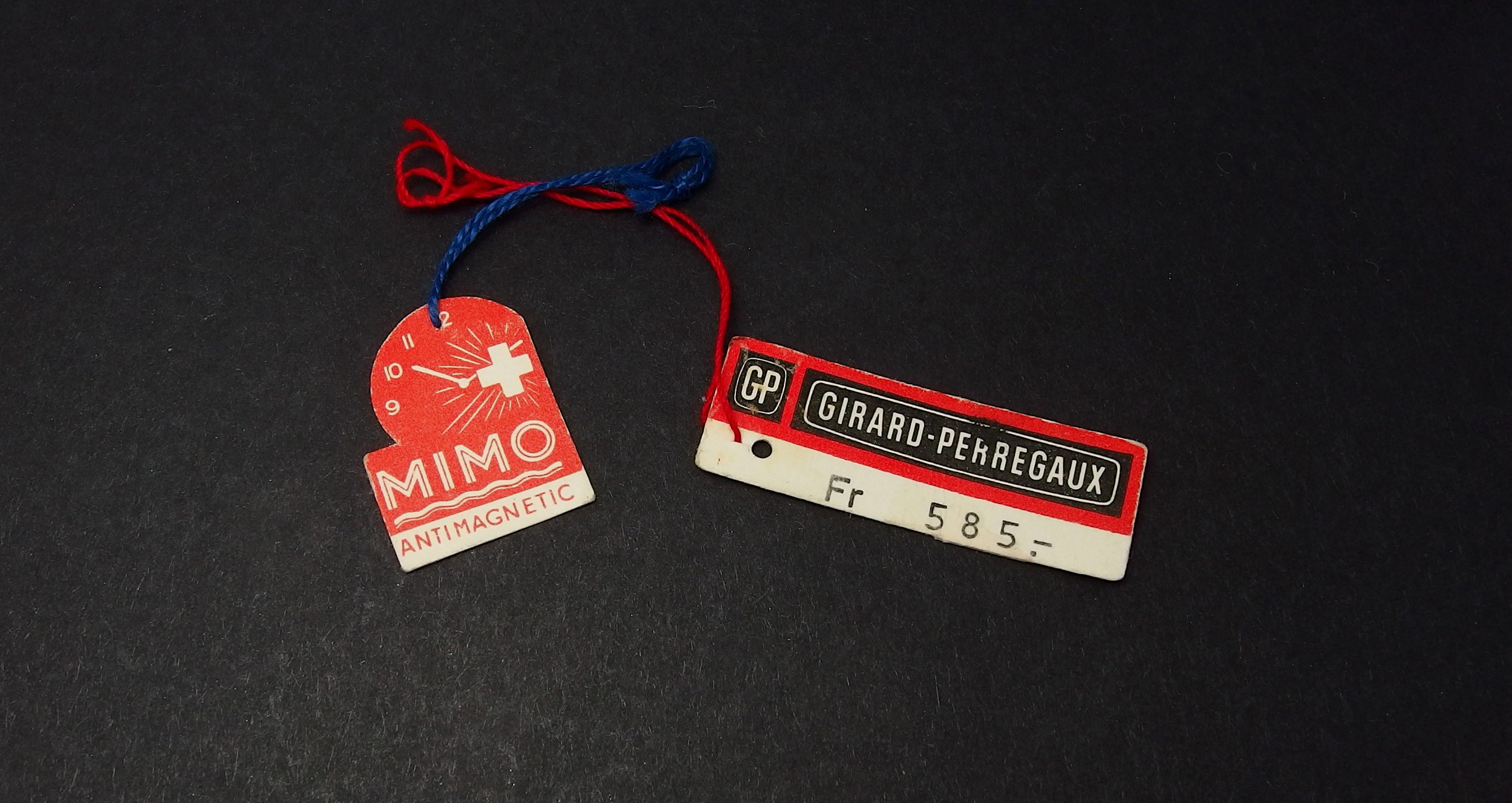 Otto Graef was a watchmaker of German origins that lived and worked to Switzerland, La Chaux-de-Fonds. Graef founded MIMO (Manufacture Internationale de Montres Or) in 1918. At Girard-Perregaux on the other hand, after the death of Constant Girard in 1903, his eldest son, Constant Girard-Gallet took over the firm and aimed to continue the heritage of his father. In 1906 he bought the Bautte Company to fuel more growth. However, the first World War was an economic shock for Girard-Perregaux and business was failing more and more.

Within a few years, Jean Graef paved the way for a successful brand with many innovative watches, such as the Mimorex (a kind of Reverso with T.W.O dials), wristwatches with date display, even large dates with 2 discs or the Mimo Loga, a watch with a calculating ruler. You can even track back the since 1968 produced Girard-Perregaux Olimpico chronographs to a MIMO of the 1930s. The Mimolympic was a tank watch with a basic single pusher chronograph function, likely released for the Olympics in 1936.

With the growing success, the Graef family built a new headquarter in La Chaux-de-Fonds at Place Giradet 1 in 1948, where till today the famous blue house on the hill is situated.

So therefore, the brand Girard-Perregaux would not have been what it is today without the Graef family and the little not so well-known watch brand MIMO, all the more reason to look at MIMO watches for any Girard-Perregaux collector. Besides, most of those MIMO’s are also outstanding and very advanced watches of their time and collectables on their own.

[some historic facts are from the book “Girard-Perregaux”, F. Chaille, 2004]