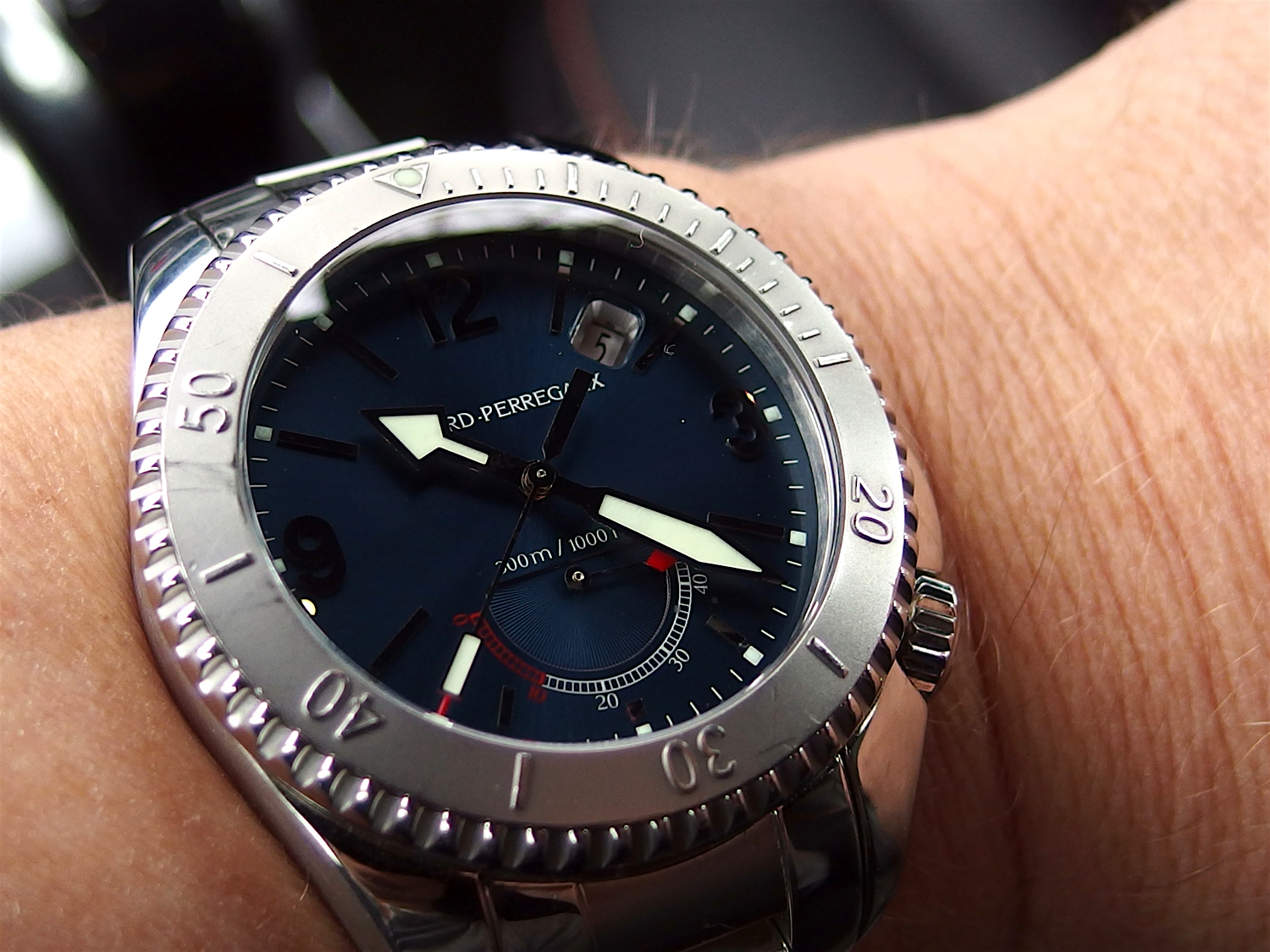 With Winter gone and Spring quickly jumping into Summer temperatures, it is time to take out some of my modern Divers. The Girard-Perregaux Sea Hawk II, Ref 49920 has a special place in my collection.

However, before I tell my personal Sea Hawk II story, let’s look at the Sea Hawk line in general. Not commonly know, the Sea Hawk dates back to the 1940s when it was a basic military style watch offered by GP. Evolving into the 1950s with a more casual style and then all the way in the 1960s and 1970s as manual wind, time-only watches in elegant thin cases.

Only in the late 80s, when GP went back into mechanical watches and released the very successful 7000 collection, the Sea Hawk returned to the collection as a proper Diver watch with 500m WR. I will however go deeper in a separate report on the Sea Hawk I from the late 80s/early 90s.

This post will focus only on the Sea Hawk II which was released in the early 2000s. For me, it was a long journey to finally end up with this Sea Hawk II, 49920 with blue dial. You need to know that, Ref 49920 has one important difference to the more common 49900 Reference.

Both watches look almost identical, but 49920 has a smaller case size of 40mm versus 42mm of the Sea Hawk 49900. Normally, I’m very comfortable with 42mm case diameter, but in the case of the Sea Hawk II, the long horned lugs make them stick out on my wrist, while with the smaller 40mm version it is just perfect for me.

While the Titanium was super light, I just did not get used to the grey metal and that one is now with a good friend. Eventually, I found not only the 40mm blue sunburst dial 49920 but also peace of mind.

The 49920 came with either bracelet or rubber strap and besides in blue, was also available with white and black dial, always with a steel case. I tend to change between bracelet and rubber strap quite often as I like both looks. The Bracelet is very well-made and comfortable, while the rubber strap looks more Diver-style. One important change I made though was replacing the deployant buckle with a 19mm pin buckle.

The bezel is of course unidirectionally rotating. The lume of the hands is very visible and the Power Reserve indicator very useful. The date window sits very deep on the dial at 1:30h. Some don’t like it, but it doesn’t bother me.

The most distinguishing feature is the placement of the crown at 4:30h. Not only it keeps the overall width at a more manageable size and provides extra comfort on the wrist, it also provides for a good way to add a crown guard. This is one of the features I like most about modern Sea Hawks.

So a perfect summer watch for the beach, to go swimming with or for any other outdoor activities. A great masculine look on the wrist and with 40mm just perfect for my wrist.