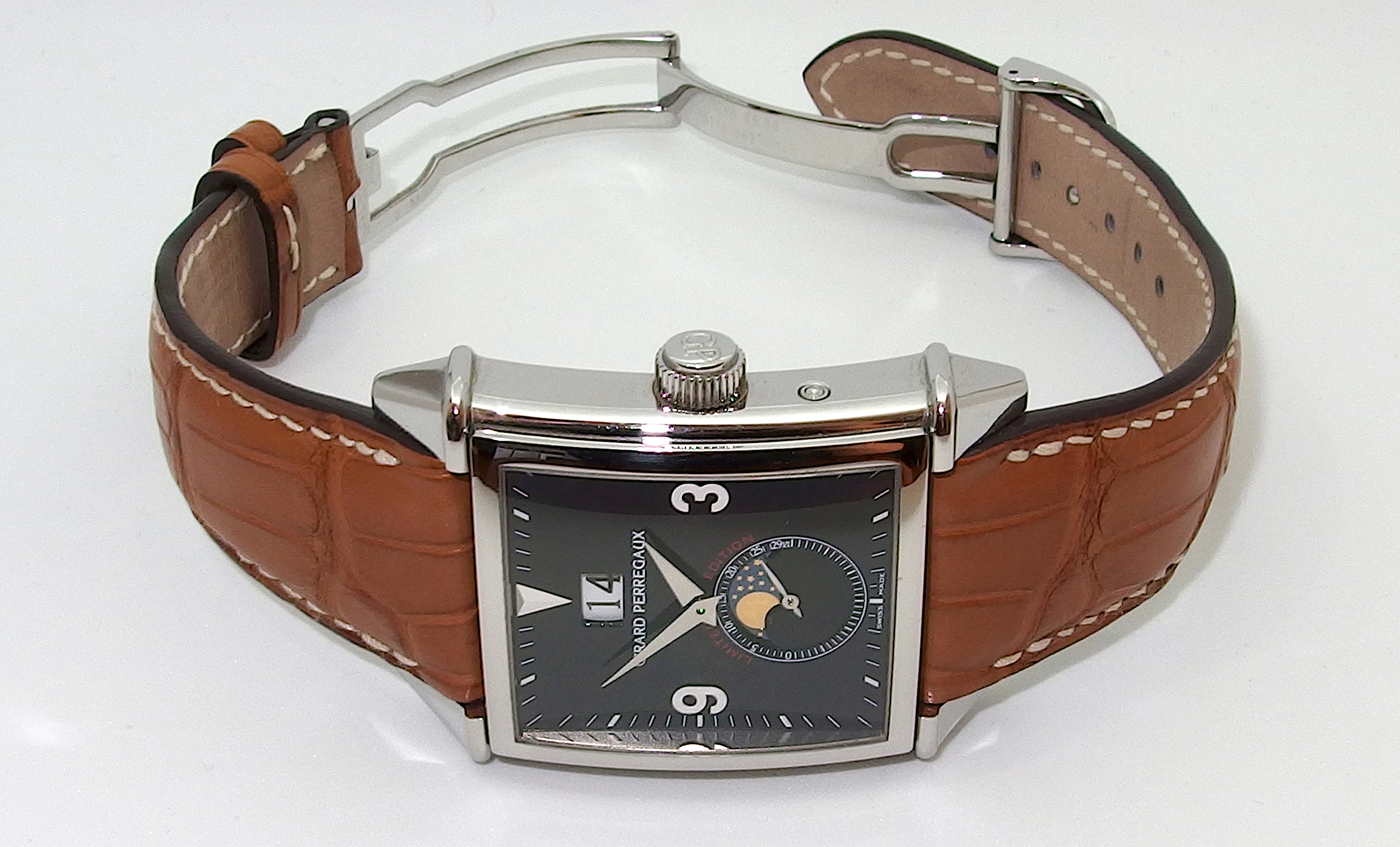 While we associate Large Date with the Lange 1 introduced in the 1990s, aesthetically it suffers from the need to put frames around each digit as otherwise the overlapping discs would be visible. Later Glashütte Original copied the mechanism but did not bother with the frames resulting in a less pleasing appearance.

Girard-Perregaux went another way, using one normal disk of numbers and a thin sapphire wafer on top, removing any gaps or overlapping disks. What’s more, right from the start did the GP Caliber have an instantaneous date change in a fraction of a second, something Lange introduced much later.

Let’s not get caught up too much in the technical details though, because overall, we have a very interesting and elegant timepiece with Ref. 2580. The Vintage 1945 case has been enlarged to the so-called King Size, or 32 x 32 mm. Compared with the Chronograph 2599, the case has became just a tick wider, while the overall curvature has been kept as is. The strap has grown from 21/16mm to 22/16mm and we now have a sapphire case back.

Ref. 2580 was available only in precious metal, yellow, pink and white gold with different dial colours and designs. There was also a Limited Edition in Platinum as part of a larger set. Finally, we also saw 2 different Limited Editions with a Steel case. One edition limited to 100 pieces with blue dial and my version, the GP Club with 50 pieces and a black dial. GP Club watches were special releases usually of only 50 pieces in a steel case.