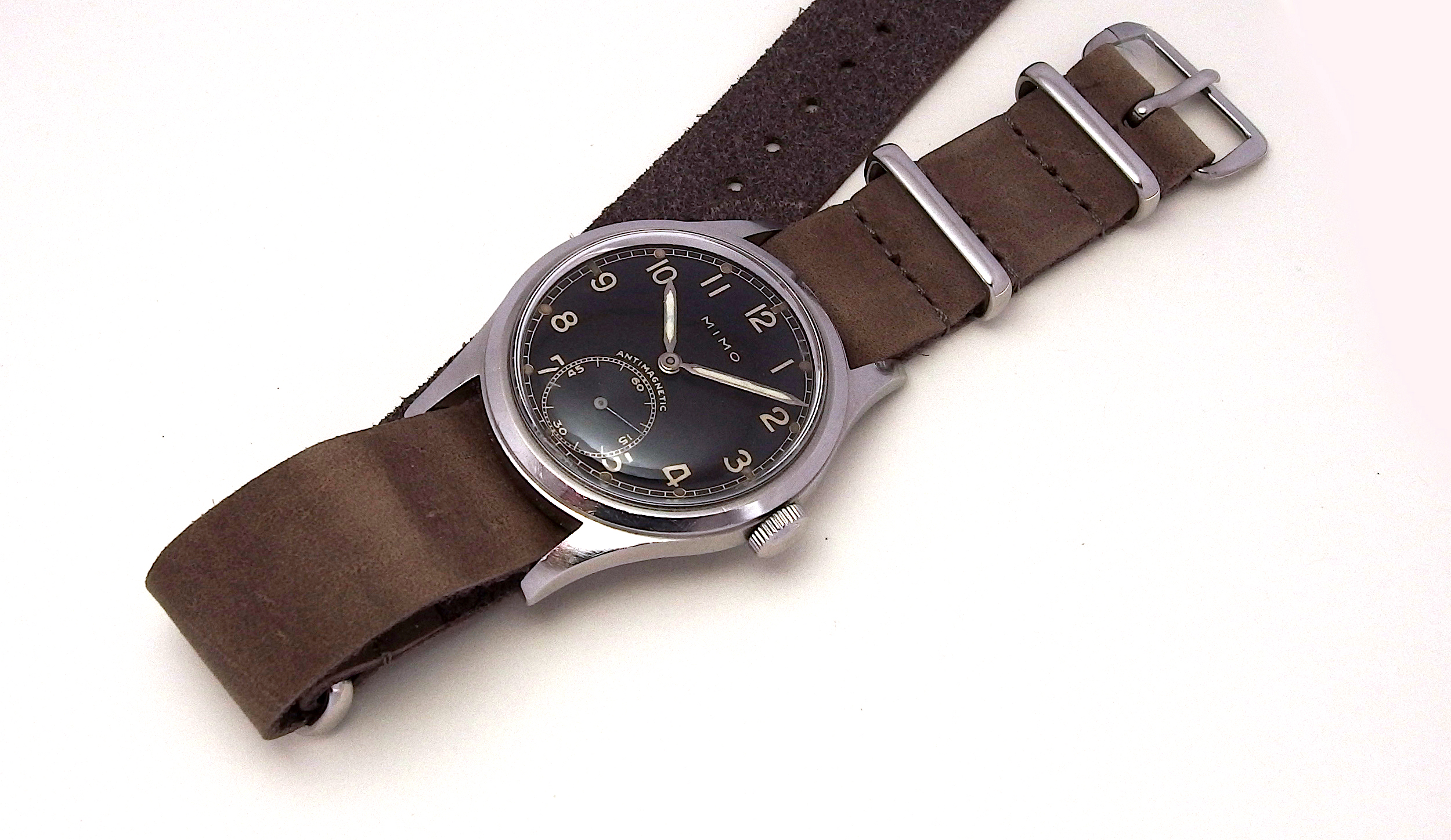 Taking a quick/peek at another Mimo from/m//collection, the World War II, Mimo Dienstuhr Heer, in other words a service watch for the German army. In our next background/report we will put some light on the history of Mimo and its relationship with Girard-Perregaux, so watch out for that report coming up in the next few weeks.

Back to this Mimo watch. In general, I’m not very fond of military watches. They all somehow look the same to me and are rather unappealing if not to say boring. The Mimo Dienstuhr is a typical example of a 1940s military watch. Radium lume dots on a black dial with clearly visible Arabic numerals.

The hands of my watch had been relumed but otherwise it is in almost unused condition. Fixing the hands will not be very difficult, something I will get done at some point. The case is a full stainless steel unlike most others with chromatic case and has some antimagnetic protection. Of course a manual wind caliber, a A. Schild AS 1130, the so-called “Wehrmachtswerk”, which was widely used in military watches by many brands.

It is quite amazing how reliable and precise this old caliber is still running at the age of 75. It’s indeed very robust, easy to service and actually not too bad to look at.