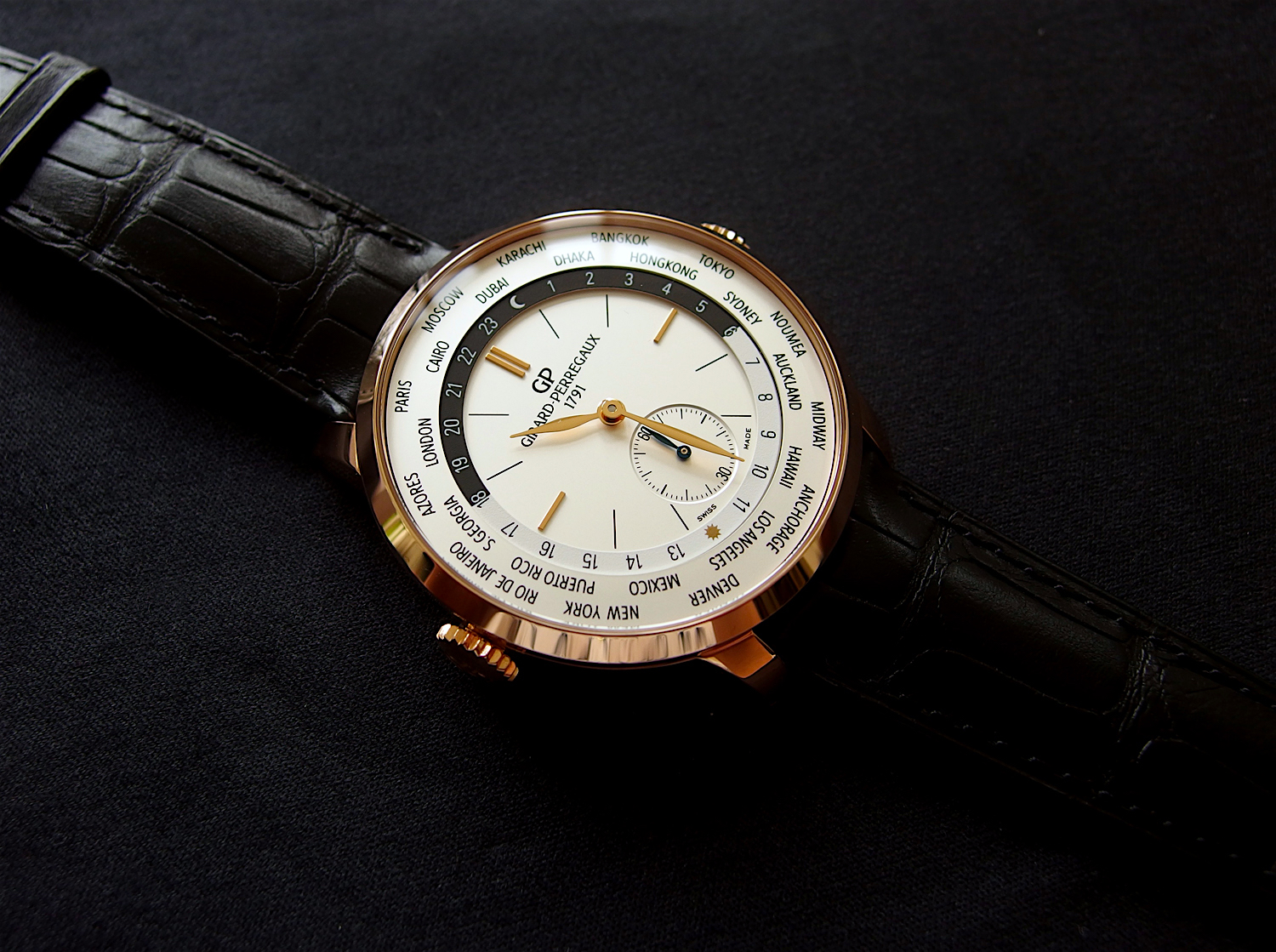 Weekend Rewind: read again what I have to say about the current 1966 WW.TC:

It has already been more than 2 years since Girard-Perregaux brought us back the World Wide Time Control (ww.tc) when they returned to SIHH in 2017. Surprising us with a very clean, time-only world timer in the dress watch case of the 1966 line, GP surely did this one right.

Its predecessor still came in the larger Traveller case and included a Chronograph function. There were a few fine details on that model but overall it lacked a bit of elegance from the first line of ww.tc. Taking the world time function now into a modest 40mm case in either steel or pink gold and removing the chronograph provides for a whole new watch.

The first generation of the ww.tc also knew a time-only with small seconds world timer in a 41mm case, Ref. 49865, which looked very similar and although the overall dimensions are very close to each other, the 1966 case appears more elegant. I believe the way the lugs work on the 1966 case makes that watch one of the most comfortable on almost any wrist.

The new 1966 ww.tc is available in two versions, in steel and in pink gold. Normally, I prefer white metals and the steel option is very welcome as it brings the price down to more attractive levels, however, here I must admit that the pink gold provides so much more over the steel version.

It starts with the weight on the wrist. The steel feels really light while the gold adds some heft that gives you that good feeling on the wrist of wearing something very solid. In conjunction with the silver dial, the pink gold provides a better contrast and warmth to the overall look. I think if there would be a black dial version, the steel would be my first choice, but for now, we need to live with the silver dial version only.

The strap is a classic black alligator and I feel no desire to change that. It just goes perfectly with either the steel or the gold version. Inside, you can find the known world timer caliber based on the in-house automatic caliber, GP 03300-0022.

The home time zone is set with the crown at 9 to be at the top. The disc is freely rotating and does not lock so you need to finely adjust it to sit perfectly. A pusher solution as known from the Patek world timers would have been a nice evolution but given the production numbers this was likely not feasible to develop.

As I had mentioned before, the watch sits just right on the wrist largely attributed to the superb case design of the 1966. Even though the ww.tc is a bit thicker than other 1966 models, the watch still feels thin and elegant on the wrist. For me, the pink gold 1966 ww.tc is the clear winner among the two although the steel is equally a fantastic offer. It does feel a bit cold and thinking about it again, perhaps a mid-tone brown strap could change that perception. I think that would be worth trying.