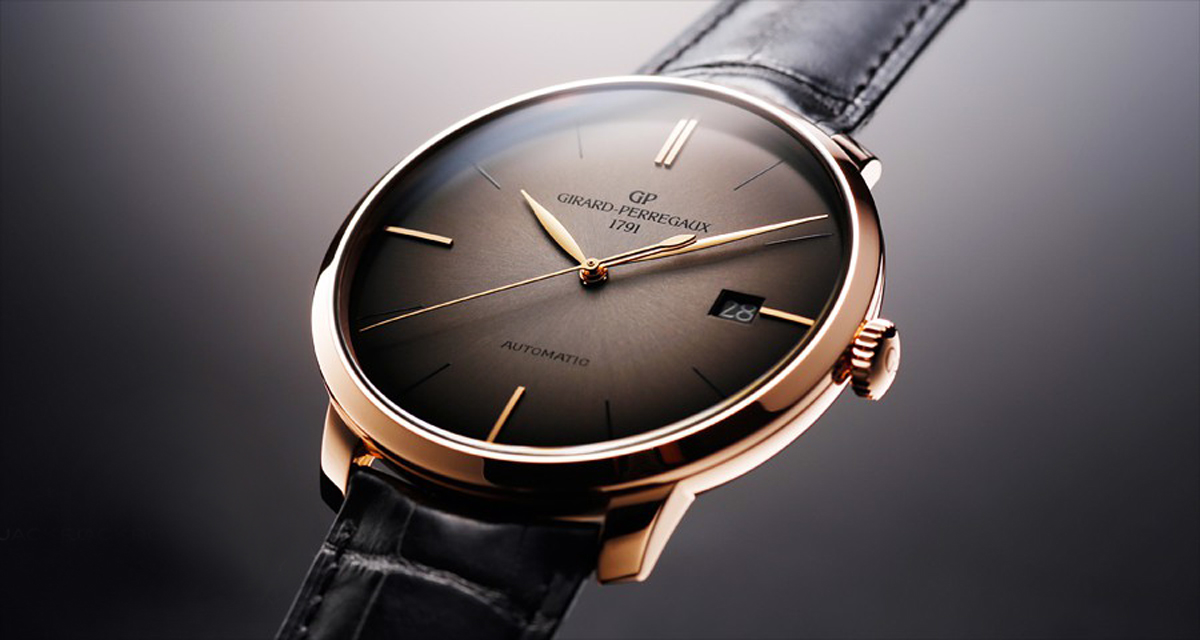 Introduced a few years back, Girard-Perregaux surprised us with an oversized 1966 in 44mm, Ref. 49551. At first sight, this seems an odd one, a pure classic time-only dress watch that big. In general, I think we see a trend back towards smaller watch sizes around 40mm, so bringing out a 44mm version is a bit of an anachronism.

True, on the other hand, the 1966 44mm has a few interesting details so let’s not dismiss it at first sight. There is a steel version with plain white dial, which I personally find quite plain and it doesn’t add anything over the standard 40mm Steel 1966, which has much more harmonious proportions.

Initially, we also had a pink and white gold 44mm 1966 with a beautiful Guilloche dial, but that version has disappeared from the catalogue. What we have now left, is the pink gold with brown/grey fume dial.

Ever since I saw the 40mm steel fume dial, it has occupied my mind. A very refreshing dial that I like a lot.

On the other hand, I think the combination of pink gold with the brown/grey fume dial is drop-dead gorgeous, so maybe I need to look at the 44mm after all. What can be said for sure is that despite the 44mm size, it still fits comfortably on a smaller wrist like mine as the curved short lugs wrap around nicely. When I wear my 42mm 1966 Chronograph I never feel it is too large and 44mm is just adding a mere 1mm at either side, so possibly doable.

In addition, the darker dial will make it appear smaller yet. It comes with the larger GP 01800 automatic caliber, which is nicely decorated and which we know from the larger (42mm) Laureato’s. GP also offered a 41mm case with Caliber 01800 but that has gone from the collection, except for the small seconds version. I think 41mm would have been ideal, but perhaps 44mm is also a good choice.