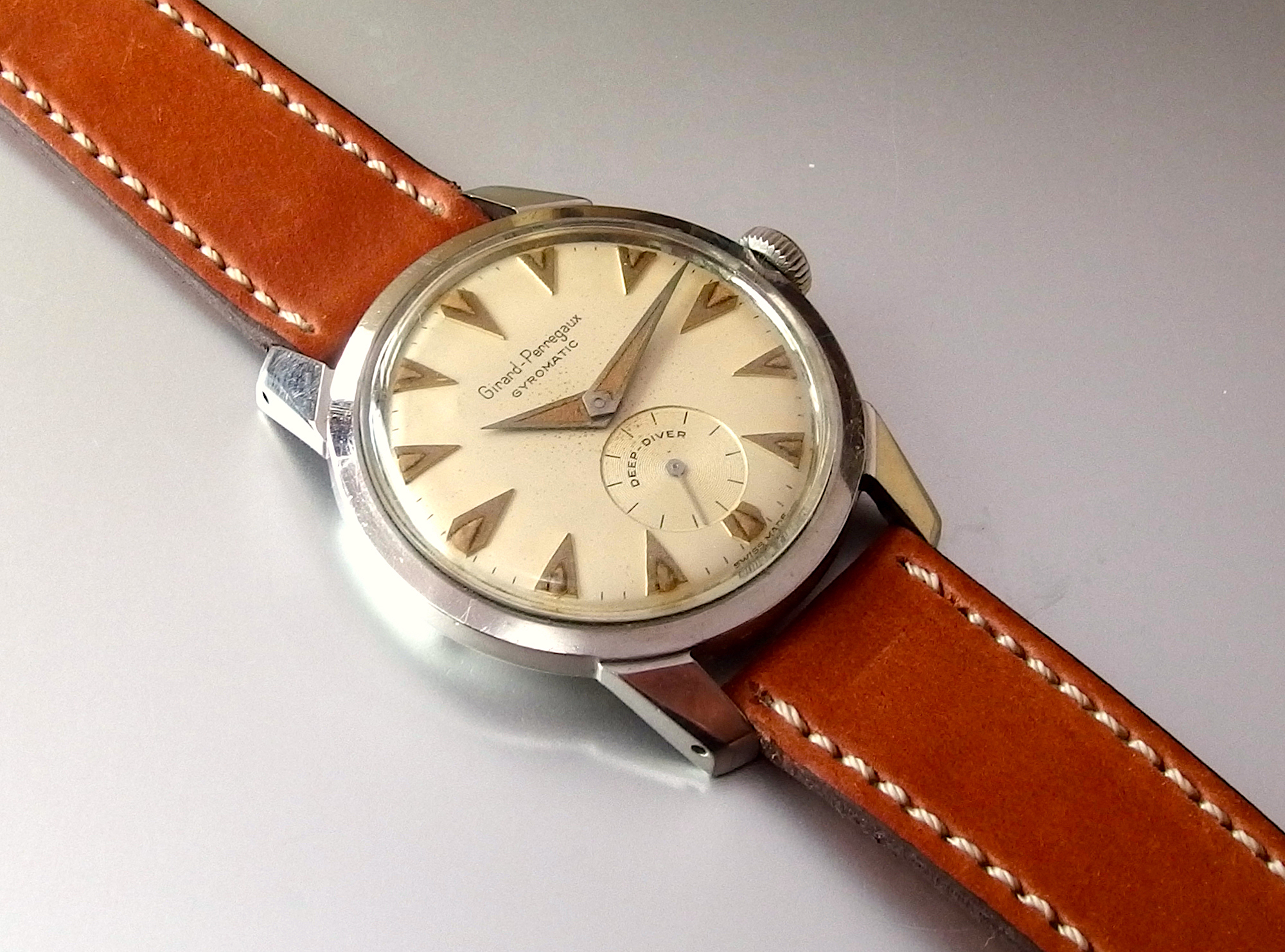 The Girard-Perregaux Deep Divers are a truly fascinating collecting theme. They still go a bit under the radar but are also extremely hard to find in good condition. So the pleasure is exponential when you manage to find one of those rare birds. Especially, the first generation Deep Diver 7254.

I have come across just a few 7254, quite some time ago a black dial and later also a white dial. Very early on in my collecting life, I did find a white dial with chevron markers, but with a repainted dial and replaced hands. It later served a good purpose for completing a black dial Deep Diver of my friend Blomman.

However, finding a perfect original condition Deep Diver 7254 with chevron markers has been a long-time mission and recently I was lucky to pick one up, very lucky.

The Deep Diver 7254 is the first generation of skin divers from Girard-Perregaux and the only one without a rotating bezel. Released around 1957, it has a 36mm case with bold lugs and an atypical large crown for GP. It also comes with Caliber 19, which is essentially the same as the well-known and produced in large numbers Caliber 21, but with the only difference of having a small seconds instead of central seconds. I only know of one other Reference that is not a Deep Diver that had the small seconds layout and Caliber 19.

So what makes the Deep Diver 7254 with  chevron markers to special? First of all, it is rare. I have come across maybe 4-5 in my collecting years of which maybe only 2-3 where in perfect condition. The lume is Radium and the Radium often damaged the dials or some silly owner actually took the watch into water. It’s a Diver watch with 100 Fathoms (180m) water resistance, so surely you can swim with it? Well, maybe when the watch was new and with fresh seals, but let’s face it, no compressor case, just screw on case back and even the crown is not screw-in. It surely has lost its water resistance over the years.

Furthermore, not only the chevron markers are a sublime feature, but even more so, the look of the hands. Super-wide and so cool. I think Zodiac used similar hands, but they are not often seen and on the Deep Diver here, they are such a bold feature.

On the wirst, this watch has great presence. Most people will not recognise it as a Diver Watch, but if you know your history, then skin divers without a rotating bezel are typical of the 50s and all other features point you clearly in that direction. I still need to find another dial version in white to complete my first series Deep Diver collection, but that will not as hard to find as the chevron marker dial.