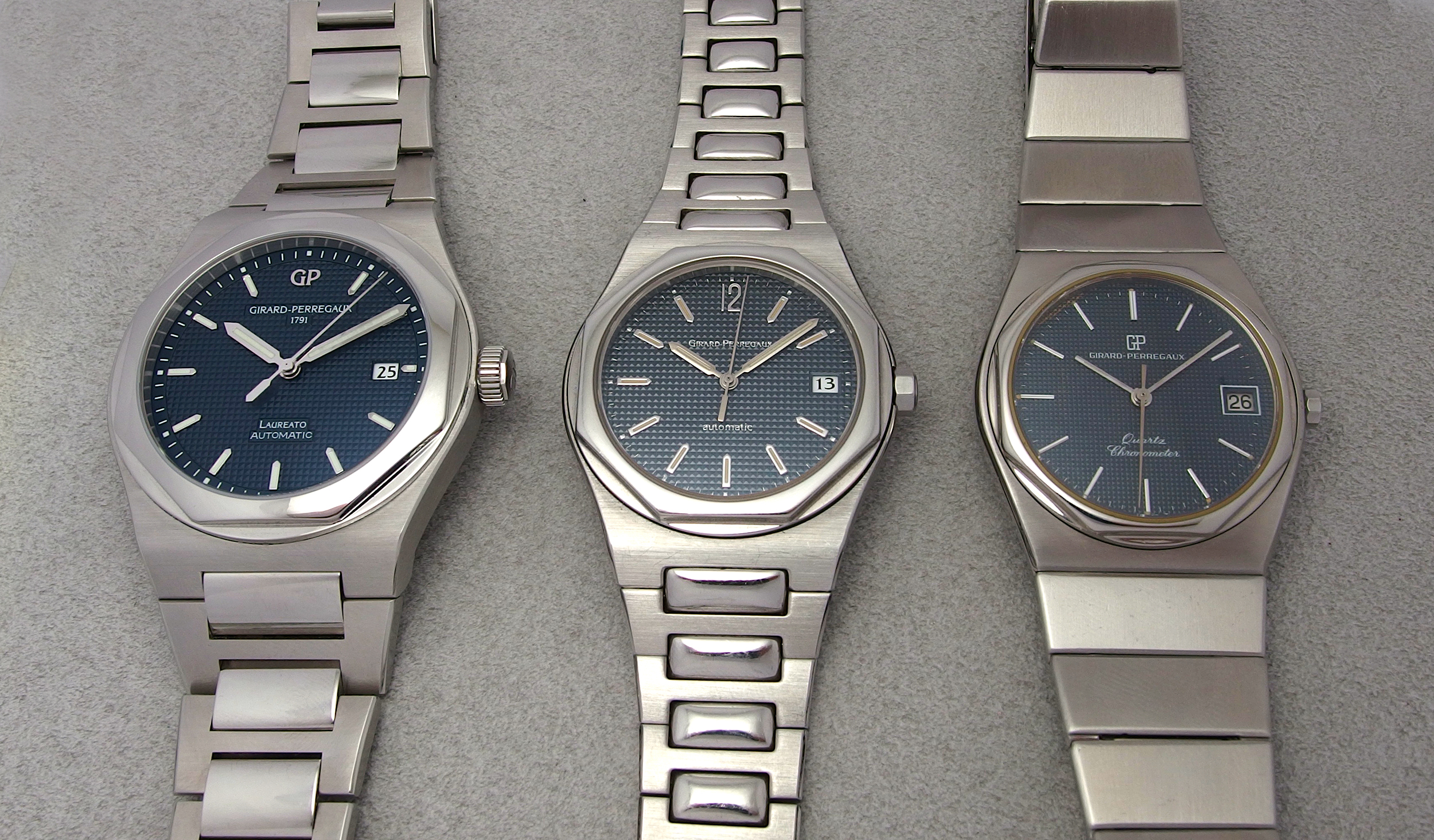 A photo of 3 blue Clous-de-Paris dial Laureato’s in one shot is something not many can produce. On the very left you have one 2016 release of 225 blue Laureato’s 81000 from the 225 year anniversary. In the middle, a blue Laureato 8010 from the mid 90s and far right, a very first generation Laureato 4266 TA with blue hobnail dial from 1975.

There are some generations in between, but there wasn’t really a blue dial time/date only to be added to the generations shot. There was of course a limited edition of 40 watches Laureato Evo3 with Quartz movement, but that dial is more grey and also has a waffle pattern.

The current production Laureato in 42mm and blue dial (Ref. 81010) is not a new generation in my book and just a continuation of the anniversary Laureato from 2016.