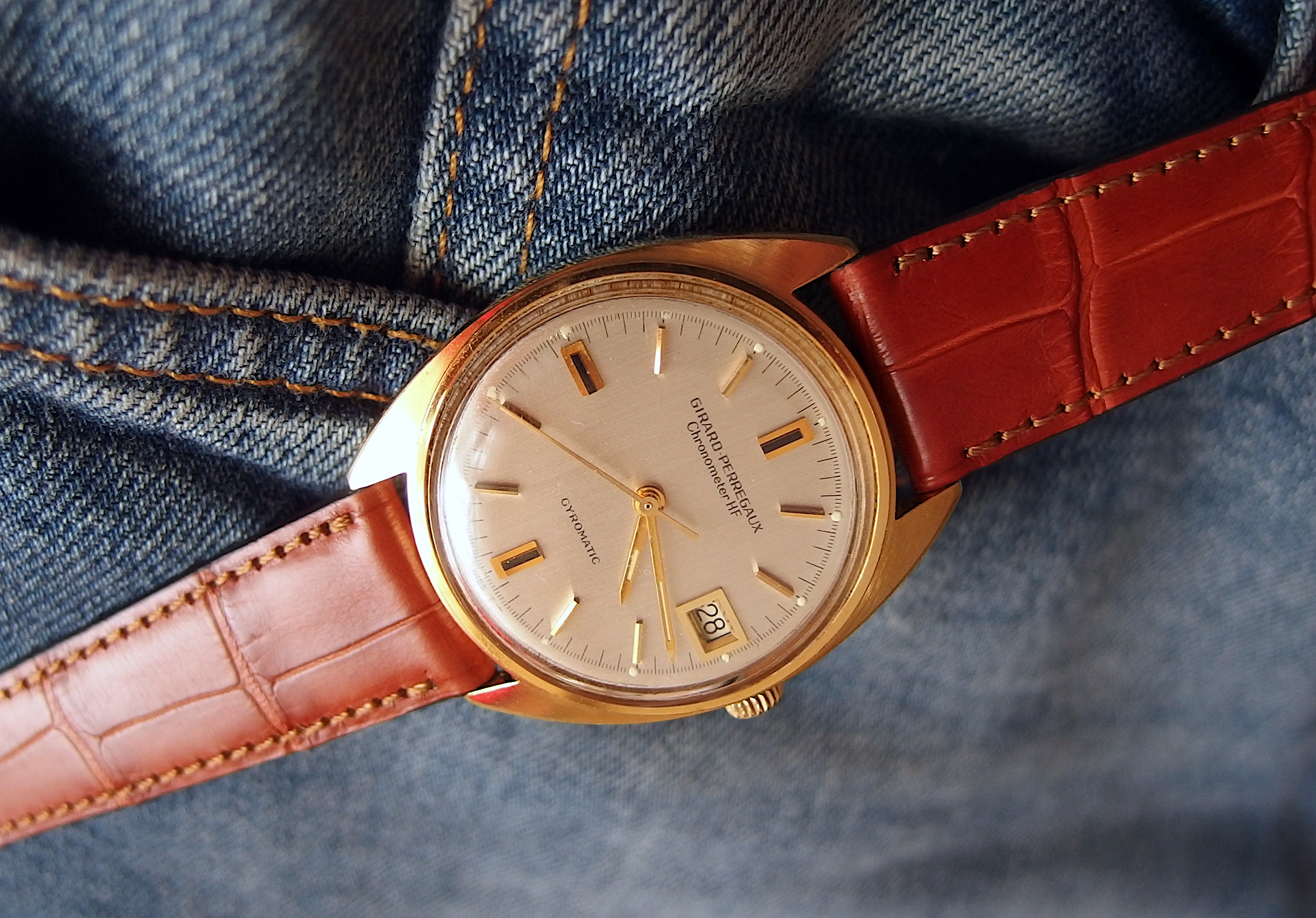 One of the most important vintage Girard-Perregaux models is the Chronometer HF with Caliber 32A from 1966/67. Let’s have a quick peek at Model 8795, which came with the High Frequency Gyromatic movement, Caliber 32A.

Classic C-Shape case that came in a number of case materials and different dials. The most important aspect however, is the Chronometer certified movement by the Neuchatel Observatory. Why is it so special?

For the first time in 1967, a manufacture essentially submitted its entire regular production of 662 movements for Chronometer certification. The introduction of the High Frequency Gyromatic movement with 36000 vph allowed for an unprecedented precision for normal production movements, while previous Chronometer movements were typically specifically selected and regulated movements, but never had anyone just submitted the entire production run to the Observatory.

As a result, in 1967, 73% of all Chronometer certifications issued by the Neuchatel Observatory had been granted to Girard-Perregaux and as an acknowledgement of that achievement, Girard-Perregaux received a one-time Centennial Award from the Observatory.