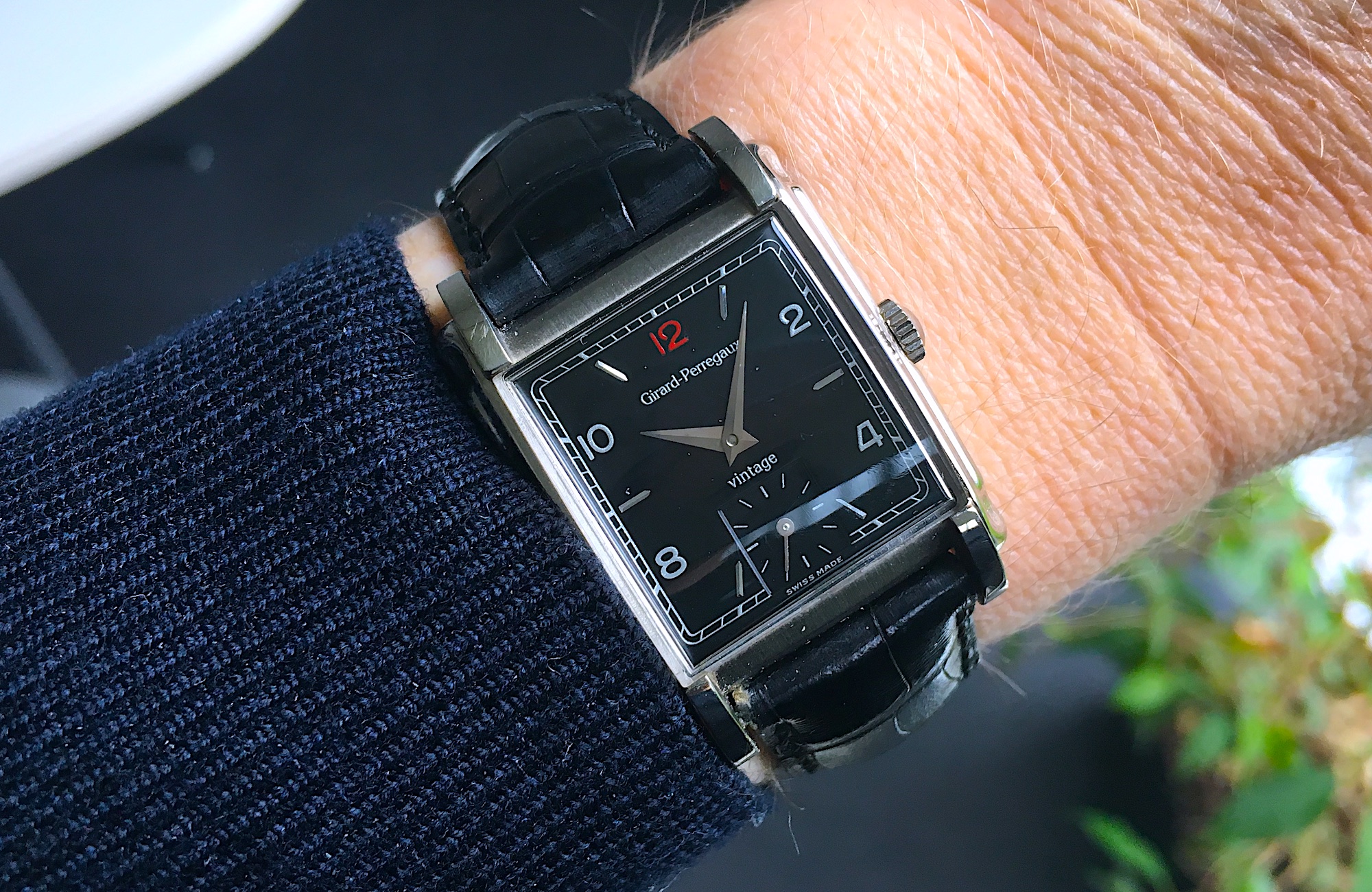 Re-releasing vintage models has been quite a popular way of brands recently to augment their collections. Omega comes to mind but also JLC and many others. However, this is nothing invented recently; in fact, Girard-Perregaux started its “Vintage” series in 1994.

Interestingly, for the launch of the first two models of the Vintage series in 1994 and 1995, GP went back to its museum picking two 1940s tank art deco watches. The 1995 release now known as Vintage 1945 has become a huge success and continues to be in the collection today, while its predecessor, the Vintage 94 is less known.

The Ref 2550, “Vintage 94” is a bit of a turning point for GP. After Luigi Macaluso took the reign at GP, there was a clear direction to go back to the rich history and heritage of the brand and revive classic designs and outstanding horological achievements. The Laureato 8010 is an example even it was released outside the “Vintage” series,  and the “Vintage” lines 1945 and 1966 are a cornerstone of the brand since the 90s all the way through to today.

The “Vintage 94” was the first watch released in the “Vintage” series, which makes it so special. As reported before, the “Vintage” series was to take historical museum pieces, rejuvenate them and release them as limited editions or at least limited production. They were also a way of testing the market to see what designs could live on in the collection.

In addition, there is another story around that watch that gives it a lot of charm. It goes that the American distributor found in storage a number of NOS Peseux 7000 movements from the 70s/80s that in those days were used a lot in GP manual wind watches. That provided an opportunity to release a heritage or vintage-inspired model using a manual wind movement without needing to source or develop a new caliber. So the movements were shipped to La Chaux-de-Fonds and reworked and redecorated and made their way into Ref 2550 and also a year later into the Vintage 1945, Ref 2595. It fitted perfectly the vintage designs of manual wind, time only with small seconds layout.

The case of the Vintage 94 was slightly enlarged compared to its heritage cousin, but remained on the small side to keep with the historic model. A lot of thought went into the case sides. This is one of the most complex cases I have seen (not counting engraved cases, which I don’t really like). There is a great mix of polished and brushed surfaces and the shape of the sides is just gorgeous. Combined with the towering curved plexi, this watch has a lot of character. Another added spice that was brought to the modern version of the watch, is the red 12. Throughout all metal and dial versions, the red 12 is always there and it works so well.

Let’s have a closer look at all variants. Ref 2550 was a Limited Edition of only 203 watches ever made. Not 203 special dial or case versions of a larger production run, no, really only 203 in total, period.

203 sounds like an odd number but it works in two ways very well. For one, 1994 was the 203rd anniversary of Girard-Perregaux (1791) and 203 allowed them to make a nice split of production numbers by case material.

In total there were:

I actually have never seen the Platinum version, no photo, none for sale, no nothing. With only 3 pieces that may not be a big surprise, but still, they should be out there somewhere.

I really like the look on the wrist of the watch. While it is small, it is sophistication put on your wrist. Especially, the white gold with black dial is very much an understatement but at a closer look it reveals many fine details and a coherent design.