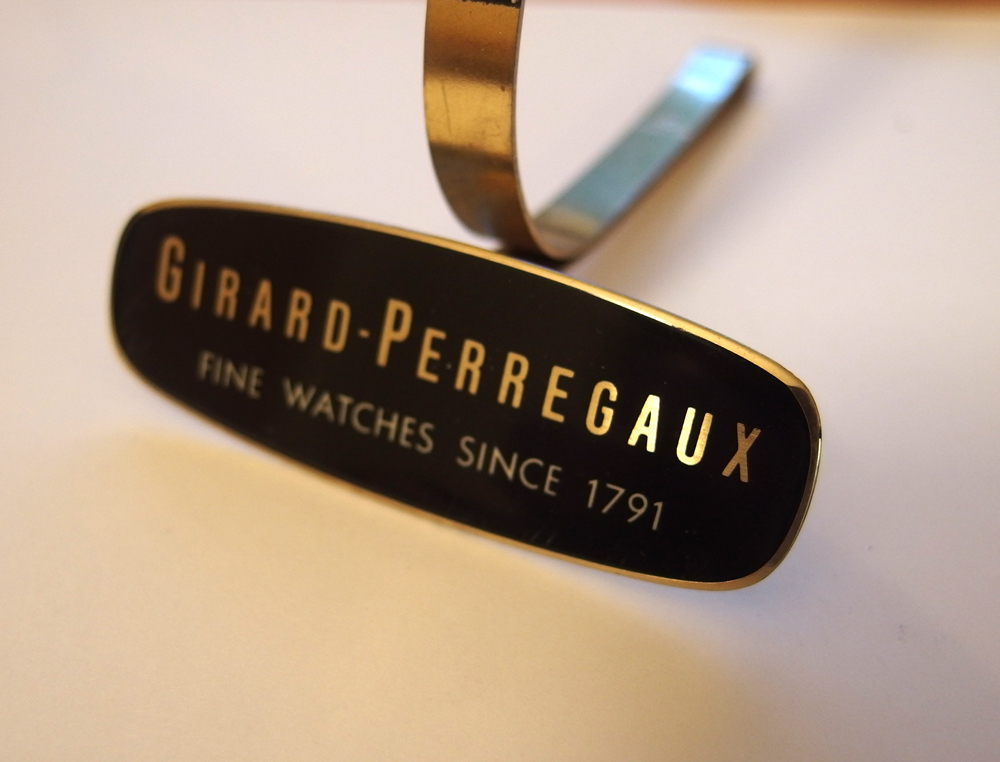 In recent years it has become fashion to claim back roots to as early as possible within the watch industry to make up a great and long heritage. What counts in my view that there is a consistent and uninterrupted history of producing watches.

When Girard-Perregaux started to put “1791” back on the dials a few years ago, many people wondered if GP would just follow that same fashion. But then the 1791 has been present in the brands tag line for a very long time. The tag line itself changed again and again over the years but the 1791 has consistently been present.

Consistency however is not only coming from the Tag Line 1791, but there is great consistency in keeping the heritage of Jean Francios Bautte, but let’s take one step back and look how this all came about.

Constant Othenin Girard started his watchmaking career in 1845 as an apprentice and worked with his partner C. Robert until 1850. In 1852 he founded the Girard & Cie. in La Chaux-de-Fonds and soon after in 1854 married with Marie Perregaux, the sister of Henri Perregaux, an established chronometer watchmaker. In 1856 they founded the Girard-Perregaux manufacture in La Chaux-de-Fonds.

Yes and No. Girard-Perregaux is only one half of the history and we need to include Jean-Francois Bautte into the equation. Bautte was born in 1772 in Geneva and started to work as a case maker and watchmaker. In 1791 (!) he started to make his own watches. The business was passed on within the family and eventually in 1906, the Bautte firm, now called Rossel & Fils was taken over by Girard-Perregaux.

So is it legitimate to root “Girard-Perregaux” back to 1791? Even though the name Bautte had disappeared at that time and Girard-Perregaux was a well established brand name at the time of takeover, it made no sense to rename the brand but the works of Bautte became a historic part of GP and as such dating back indeed till 1791.

In the end, it honestly doesn’t matter whether a manufacture dates back to 1791 or 1856, what counts is that the brand values its heritage and keeping a consistency worthy of its own heritage all the way into today’s collection.

So yes, Girard-Perregaux: “Fine Watches since 1791” or as currently “Haute Horlogerie since 1791”!